Investments in spite of terrorism 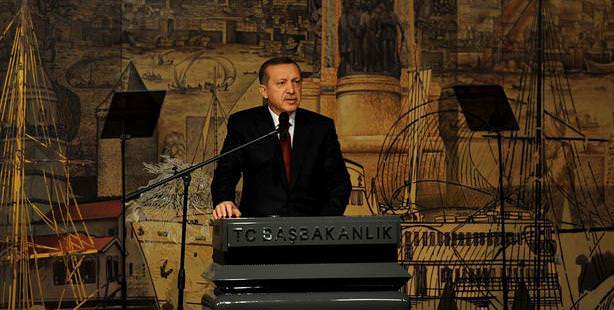 Investments are flowing into the east despite the best efforts otherwise by the PKK terrorist organization. With the GAP Action Plan alone, the government has made a 38.5 billion investment and will be providing 400,000 jobs. The East, which has fast become a new area of attraction due to a series of incentives, has managed to rake in a record-breaking 1.5 billion in investments in just seven months’ time.

Terrorism has been unable to stop the ongoing investments coming into the Southeast from both the public and private sectors. The government's announcement of the single most highly comprehensive incentives package ever to be released in the history of the Republic has resulted in both domestic and foreign investors flowing into the region.

With the Sustainable Anatolia Project, or the GAP Action Plan, announced by Prime Minister Recep Tayyip Erdoğan in 2008, the region will be turning its luck around. In an effort to take on a pioneering role in the nation's development, the state has invested 38.5 billion liras in the region via the GAP Action Plan. The GAP project is a multi-sector regional development project based on the concept of sustainable development for Southeastern Anatolia. Thus far, 86 percent of the investment has been completed and jobs created for 400,000 people. With the new incentive package, since the start of the year, the sixth district where terrorism is high such as Hakkari and Şırnak, have already had one billion, 550 million liras worth of investments benefitting from incentives. There are also approximately 260 investors waiting in line to invest in organized industrial complexes in the region.

For the GAP project, ten hydroelectric plants have been completed and 74 percent of energy investments finalized. Between the time the hydroelectric plants went into operation up until the end of 2011, 355 billion kilowatts of electricity energy was produced an hour, which translates financially to 21.3 billion dollars. The construction of channels that will serve a total 639 kilometer-length and 498,728 hectare area has begun and is aimed to be complete by the end of 2013. With 15 barrages completed, the water for the irrigation of a one million hectare area has already been set aside. A total 313,165 hectare area has been opened up to watering. The Çamgazi, Hancağız, Kayacık, Hacıhıdır, Dumluca, Seve, Devegeçidi and Çınar-Göksu barrage have gone into operation.

INDUSTRIAL COMPLEXES ON THE RISE

Six of the ongoing 13 projects to build organized industrial zones are complete. The industrial zones will employ 10,704, while the total employment opportunities created from the completion of all planned projects will be 44,860 jobs.

Over the past four years, a total 2,444 social, cultural, arts and sports projects were supported with approximately 200 million liras designated. Three development agencies operating in the region provided over 100 million liras in grants for 458 projects. The building for the Batman Airport is now up and running, while construction of the Şırnak Airport continues. Despite terrorist attacks on the worksite, the construction of the Yüksekova airport continues. When the Diyarbakır airport is complete, it will transport five million passengers a year. Drinking water projects for Batman, Siirt and Şırnak will be completed by the end of the year. A total 9,000 classrooms have been built, while the construction of 4,000 buildings is still ongoing. Ninety medical facilities are complete while the construction of the Adıyaman, Dicle, Gaziantep and Harran University hospitals are also ongoing.

ECONOMIC INDICATORS ARE LOOKING UP

The increase in regional investments has also reflected positively on both economic and social indicators. According to data from the Turkish Statistical Institute the 17.4 percentage unemployment rate in 2009 has dropped down to 11.7 percent. Over the past four years, 394,000 people have gained employment. Exports from the region are also on the rise. In 2002, exports were at 689 million dollars, they are now at seven billion dollars.

THE SİLVAN IS A SOURCE OF HOPE

Standing out as one of the most critical investments in the region, construction of the Silvan Barrage in Diyarbakır will be complete in 2015. Although the PKK continues to try to obstruct the development, a tender is being held for the barrage tunnel. The barrage, which is intended to provide water for a 245,000 hectare area, is anticipated to contribute one billion dollars to the region. In addition, the Silvan Barage will create 450,000 employment opportunities.