Israel’s fate is in the hands of this man 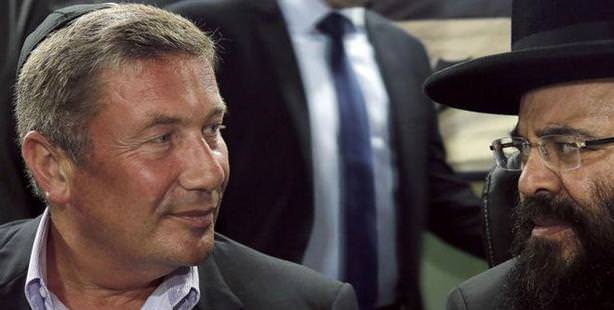 The fate of Israel as it grapples with the economic crisis is in the hands of billionaire Nochi Dankner. With a hold on a significant share of the economy, fears have now surfaced that Dankner may be on the brink of bankruptcy and may be taking the entire nation with him.

Suffering from the biggest financial crisis in the nation's history with protests to prove it, Israel's fate has now been left up to a 58 year-old billionaire businessman. Nochi Danker's Holding IDB, which operates in a variety of areas spanning from the GSM sector to supermarket chains and from insurance to cement monopolies and has a reputable size of the Israeli economy, is about to raise the flag of surrender to bankruptcy.

The Dankners are the biggest family out of the total 18 that rule over 60 percent of the entire Israeli economy. The Dankner family alone has an 18.7 percent share in the nation's economy. A total 57.4 billion dollars of the 172 billion dollar revenue created by the 500 biggest firms in Israel is in the control of the nation's richest 19 people.

HE'S TAKING ISRAEL WITH HIM

While experts have been questioning whether Nochi Dankner will take down the entire Israeli economy with him, the prominent businessman recently sent out a letter to his employees, which started off by stating, "We are facing difficult times. It isn't easy for any of us…"

Speculation is that if this firm, which is sinking in debt, goes down, it may result in a domino effect for Israel's economy, thereby deepening the crisis even further. Dankner, whom especially supported Israel when the Palestinian uprising intensified as well as during the war with Lebanon, is supposedly trying to keep his significantly large holding afloat. However, with hundreds of millions of dollars in debt building up, it is deemed certain he will have a tough time paying off his debt in the upcoming period.

Director of the Israel Center for Social and Economic Progress Daniel Doron says that if the current situation reaches a crisis, it will affect the economy even greater than a financial crisis, due to Dankner's significant hold on the nation's economy. Doron states, "It will cause a domino effect. Creditors will lose money and a lot of people will lose jobs. It will be a great tragedy."

Hundreds of thousands in Israel have flocked to the streets to protest the downward spiral in the nation's economy. Every week demonstrations are held especially to contest the injustice in income distribution throughout the country.