Its take-off time for Turkey’s economy 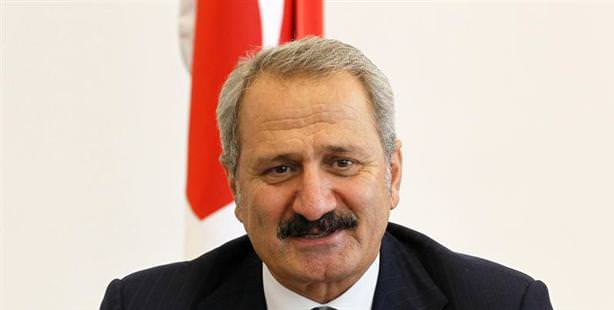 Economy Minister Zafer Çağlayan recently stated that although the global economy is experiencing a significant recession, by following a successful economic policy, Turkey is about to take-off flying.

"By taking certain measures and making a soft landing, Turkey is soon about to take-off," stated Çağlayan, adding that with their incentive package geared towards the Sixth Zone, the Eastern and Southeastern provinces will soon become a tax heaven. Çağlayan says that the Sixth District will eventually have a cheaper labor force than China as they try to turn the region into a tax heaven for investments.

Speaking at a Turkish Business Forum in Vienna, Economy Minister Çağlayan reacted to the double standard in visas implemented by the EU. During his address, Çağlayan relayed the following messages:

FOR US GROWTH IS NOT ENOUGH: "We have raised the bar in economic growth. When looking at Europe, Turkey's 31 percent growth becomes significant. However, it is doesn't satisfy us. After taking a few measures and making a soft landing with a purchase of fuel, we will then begin to take-off. In an environment in which Europe is suffering serious shrinkage, for 11 quarters now we have grown by 7.7 percent. It will be 2012 before Greece returns to where it was prior to the crisis, while for Italy that date won't be until 2029. While the European economy is in a recession, Turkey's growth and unemployment figures become increasingly significant. However, we do not solely measure our economic success by these standards."

THERE WAS NO CAPTAIN: "Ten years ago, when we experienced the crisis, we were in a situation of not knowing what was going to happen, because we were a country without a captain. Today, Turkey is able to foresee the next twelve years ahead of us. We have raised our targets. We have quadrupled our economy over the past decade and we will be transforming this investment environment into a rose garden."

THE EU IS COMMITTING A CRIME AGAINST HUMANITY: "The EU is committing a humanitarian crime against Turkey. For 17 years now, we are supposedly going to make an agreement with the Customs Union. We are going to conduct half of our exports to Europe; however in a region where the product is free to travel, our own businessmen have to obtain visas. "