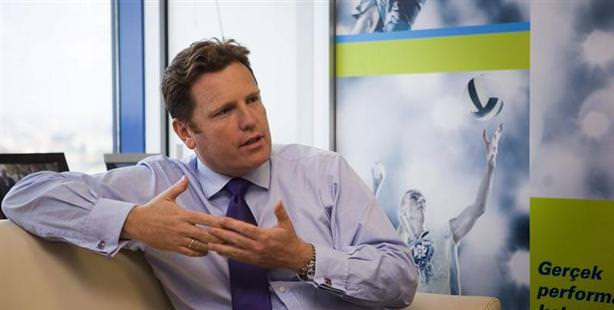 Celebrating their 100th year in Turkey, BP is pressing on the gas for sports sponsorships. Already the sponsors for the Turkish Olympics and Turkey’s National Paralympics Committee, BP will now be sponsoring an additional 13 national athletes.

SABAH had the chance to speak with Turkey BP Manager Richard Harding. Having allocated a ten million dollar budget for sponsorships, Harding says, "We are a local company with an international brand. We offer these sponsorships for the public."

Let's start off by discussing your most recent sponsorships. You became five-year fuel sponsors for the National Olympic Committee. You supported five national athletes. What did your brand bring to these sponsorships?

This year, BP Turkey celebrates its 100th year. We thought that the best way to celebrate would be to sponsor both Olympics and Paralympics teams. When supporting these athletes, we believe that the unbelievable performance they put out is in some way a reference to us. Therefore, I can say that it contributes greatly to our brand.

Will you continue to support the same five athletes, or will you be taking on new sports figures?

We have formed an extremely strong bond with our athletes so we will continue this relationship with them.

Why don't you offer more support to amateur sports?

Our answer is actually pretty simple. We especially focused on the Paralympics because there aren't many brands offering support. We are hoping to increase the sports profiles of both the male and female athletes.

Are you considering sponsoring a football team in the upcoming period?

We are present in the Eurochampionship through our brand Castroll. We will be making a significant investment to football through this sponsorship.

Your paralympucs sponsorship is almost like a social responsibility project. How long do you think it will go on?

We will be supporting our Paralympics team for the next four years. To be honest, this excites me greatly. If you consider that there are approximately eight million handicapped people in our country, then the attention that we are drawing to this becomes extremely significant. I don't perceive these individuals as being handicapped anyway, but I believe the successes they are able to garner sends out great messages.

What are your objectives? I am curious about both the social responsibility as well as professional aspects.

We are a part of society and 99 percent of our employees are Turks, except for me.
Therefore, we are a local company with an international brand. We do these sponsorships for the public.

WE DISTRIBUTE THE FUNDS EQUALLY

In total how big is your sponsorship budget?

How have your sports sponsorships contributed to the brand? Have you done any sort of study?

It's too early to share any results. Our television advertisements began in August. We are working on an analytical study. But I can say that we are receiving positive responses from customers that visit the stations I think that it is has reflected positively in both our sales as well as in bringing in more customers. However, because these sorts of figures are still new, it wouldn't be right to speak authoritatively.

We wanted to reinstall trust...

Rıchard Harding says that they sponsor 13 athletes; however with the addition of their team sponsorships they are actually able to reach a number of athletes. We asked Harding about the disaster in the Mexican Gulf which took place two years ago. Harding responded by pointing out that the sponsorships actually began prior and adding, "We wanted to reinstall trust and show society that we are a strong brand."