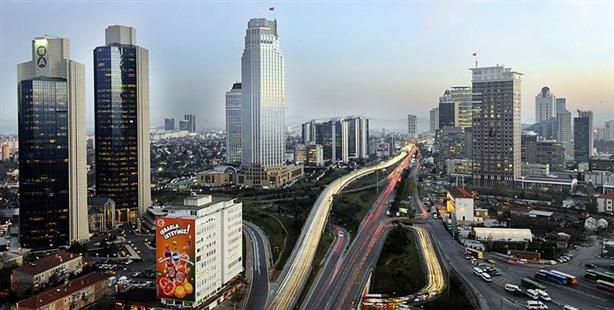 Turkey’s economy continues to garner international praise, which most recently came by way of an article published in The Daily Telegraph, which states that Turkey has a brighter economic outlook than the BRIC, namely Brazil, Russia, India and China. Turkey’s economy received another significant accolade when on the very same day the World Bank Turkey Director stated that Turkey’s economy is on the right track.

Turkey's resilience and high growth performance through the economic crisis has put the nation in the forefront of global economic circles. Pointing out Turkey's strong performance through the economic crisis the British Daily Telegraph writes that Turkey's economic outlook is even brighter than the leading fellow emerging nations, known as the "BRICS" and consisting of Brazil, Russia, India and China.

The article starts off by stating, "Don't make the mistake of thinking all emerging markets are the same-some have much brighter prospects than the 'Brics'" and goes on to point out that China, "the former darling of the emerging markets sector," has experienced a turn in fortune and Brazil has performed poorly in the composite indexes.

The article states that the perfect conditions for growth are also becoming increasing visible in other emerging articles and cites Threadneedle's Emerging Markets Funds Manager Irina Miklavchich, who favors Mexico, Turkey, Thailand and the Philippines.

"The US recovery has a positive spillover effect on Mexico and the government has announced plans to open up the oil sector to private investment. In Turkey, the level of government debt has declined from 79pc to 39pc of GDP and the International Monetary Fund is expecting an upgrade of Turkish sovereign bonds to investment grade within six months," she said.

'YOU ARE ON THE RIGHT PATH; DON'T WORRY'

That very same day, Turkey's economy also received praise from the World Bank. Turkey Director Martin Raiser said there was nothing alarming in Turkey's growth or budget and stated, "Turkey's economy is on the right track."

Pointing out the slow-down in the economy, World Bank Turkey Director Raiser stated, "This situation is definitely no cause for concern. Turkey's growth is following the same path as the expectations"