THY, the airline that flies to the most countries in the world 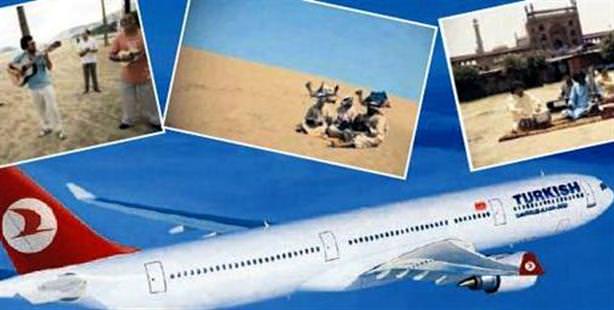 Now flying to 91 nations, Turkish Airlines is celebrating their title of being “the airline that flies to the highest number of countries,” with a new advertising campaign that has the Turkish national anthem performed with a variety of instruments to promote THY throughout the world.

Turkish Airlines (THY) has broken a tough record to break by offering flights to 91 different countries. Announcing that Turkish Airlines has now taken on the title of being the airline that flies to the highest number of countries in the world, THY Executive Board Chairman Hamdi Topçu says, "We recently added Mauritania to our list of destinations, which means we have now almost reached half of the entire world. " Topçu explains that Turkish Airlines flies to a total 204 destinations in 91 countries on five continents, and states, "we therefore decided to film a commercial that would depict this."

WE HAVE BECOME A NATIONAL PRIDE

Explaining how much attention they drew in during filming, Topçu says, "This advertisement shows that we are an international brand and that we have a national pride which encompasses differing cultures."
Topçu says that as for their title, Turkish Airlines is followed by Air France, which currently flies to 88 nations. "We want to seal the deal by adding an additional 10 to 12 destinations by the end of the year. We don't want to leave anywhere in the world unflown to," states Topçu.