Istanbul designates the path to investments 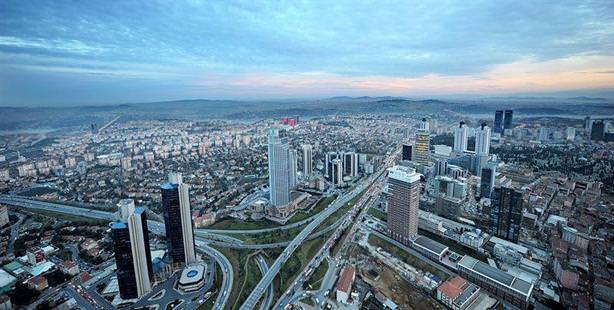 Istanbul signed on to a new record yesterday, as 15,000 foreign businessmen and CEO’s from 110 nations pursued investment opportunities as a way out of the economic crisis. In the metropolis, hotels were fully booked yesterday as billions of dollars worth agreements were signed.

Turkey has proven once again that it is an island of stability in the global crisis. In just one day, Istanbul hosted 16 separate business-related events in which the metropolis welcomed a record-breaking 15,000 foreign businessmen and CEO's from 110 different countries. Half of the countries in the world came to Istanbul to seek an exit route from the economic crisis. This trade traffic in Istanbul was also reflected on the city's hotels, where even five-star hotel rooms at 570 euros a night were fully booked, forcing some businessmen to seek accommodation in neighboring counties such as Sapanca.

The following is a summary of one day of trade traffic in Istanbul:

1.3 BILLION DOLLARS WITH THE KAZAKHS

A number of important agreements were signe in Istanbul yesterday with the 800 businessmen from Kazakhstan that accompanied President Nursultan Nazarbayev on his trip to Turkey. At the Turkey-Kazakhstan Trade and Investment Forum held by TUSKON, the two nations signed a Memorandum of Understanding regarding the management of the joint free zones.

A new action plan aims to bring the current four billion dollar joint trade volume between Turkey and Kazakhstan up ten billion dollars within the next three years.

In addition to the Kazakhstan forum, the Foreign Economic Relations Board (DEIK) held a conference participated in by over a thousand businessmen from England, Malaysia, Slovenia, Ghana, China and India. Over 2,500 bilateral meetings took place along the sidelines of the DEIK event.
Speaking in front of 200 businessmen who had also arrived to Istanbul to attend the Turkish-English Business Forum, the United Kingdom's Minister of State for Trade and Investment Lord Green stated, "We designated four countries as being at the top level which were Brazil, India, China and Turkey. In other words the BRIC for us includes Turkey and not Russia."

Istanbul was also the host to one of the world's most important fairs yesterday. A total 9,000 businessmen attended 11 different fairs held in Istanbul, the largest of which was the International Private Label Products and Supermarket Brands Fair, held at the CNR Expo Center, where eight out of every ten visitors were foreigners. A fair for Halal Products hosted participants from 50 different foreign countries.

Over 1,000 business meetings were held on the first day of the Independent Industrialists' and Businessmen's Association's (MÜSİAD) International Trade Fair held at the CNR Expo Center. Five thousand foreigners who arrived to Istanbul from 86 countries signed on to trade agreements with Turkish firms.

The rise in foreign interest was also well-reflected in Economy Minister Zafer Çağlayan's schedule for the day. Yesterday, Minister Çağlayan held over 40 one on one meetings.

Another nation that stood out for jumping on board with Turkey yesterday was Malaysia. With over 200 businessmen in Istanbul the ministerial-level meeting with Malaysia was regarding bringing trade volume up to 12 billion dollars.