“Trade cannot be confined by borders” 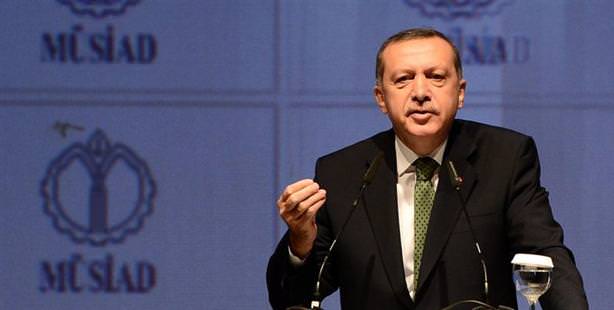 Delivering the opening address to 5,000 businessmen at the opening of the International Business Forum held by the Independent Industrialists and Businessmen's Association (MÜSİAD), Prime Minister Recep Tayyip Erdoğan delivered the message; “You cannot confine trade to borders.

Referring to criticism of Turkey seeking out new markets, Erdoğan stated, "Some people may say these markets are weak and have never done commerce. You sell your goods wherever you want to sell them. Take your money and that's it. In the global economic structure today, it is impossible to confine economic relations to borders."

Erdoğan reminded that this year they have put a slight halt on growth in order to maintain a balance after seeing a rise of 8.5 percent last year. "Hopefully, as of next year, our rate of growth will rise again."
MÜSİAD Chair Nail Olpak emphasized that trade volume needs to grow between Islamic nations and stated, "Limits no longer mean anything anymore when it comes to the free passage of people and products."
Istanbul is Turkey's economic center, while is Ankara its political center

Erdoğan also mentioned the fact that Istanbul has recently increased prominence in the world of trade and stated, "It is just a three hours' distance to the East, the West, the North and the South. A number of global firms are moving their regional headquarters to Istanbul. Turkey's political center is Ankara; however its center of economy is in Istanbul."