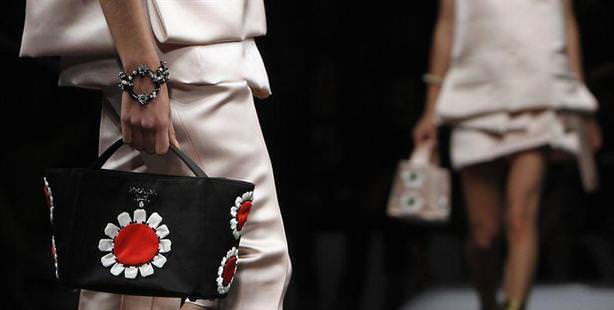 In an attempt to escape the economic crisis in Europe, a number of Italian brands are seeking solace in Turkey. At present, there are five Italian brands, including Fratelli Rossetti and Ermanno Scervino that are hunting out distributors in Turkey.

Italian retailers have faced tough times in the European economic crisis and are now trying to recover those losses in Europe's retail star Turkey. These Italians, although well-known in their own country are now venturing abroad under the 'Made in Italy' logo. What they seek are master franchises and distributors in Turkey.

These luxurious Italian brands, namely Fratelli Rossetti, Ermanno Scervino, Bagatt, Bottega Verde and Thun, are hoping to open up stores in Istanbul from where they intend to branch out to surrounding nations.

THEY ARE GETTING IN LINE


With its developing economy and increasing luxury consumption, in recent years, Turkey has become one of Europe's most desirable nations to invest in.

Selçuk Güzenge, Founding Chairman of the Proprietary Brands Association (TMD) who worked in collaboration with Italy's KB Retail in order to mediate the arrival of Moncler, Rossetti, Ermanno Scervino, Bagatt, Bottega Verde and Thun, says, "Even though these brands are extremely well-known in their own country, they are beginning to branch out into the world under the 'Made In Italy' logo. The reason being of course is the economic crisis in Europe. These mega Italian brands, which are seeking clients abroad are looking to Turkey to be a stepping stone."

These Italian brands have begun to hold meetings in Turkey where they are seeking a master franchise and distributor deals from candidates that have significant capital and experience. There has been a recent explosion in sales of shoes, bags and accessories in Turkey. Fratelli Rossetti, Bagatt and Thun, which deal with these popular items, are especially in demand. Designer brand Ermanna Scervino is also a sought-after firm.

ERMANNO SCERVINO: A luxurious design brand from Florence that makes women's, men's and children's clothes. They have shown great international success and have over 200 branches.

THUN: Thun, which sells uniquely designed home accessories and gifts, has a significant customer base.

BAGATT: A shoes, bags and accessories brand that has branched out all over the world with its chain of stores and flagship in Milano.

BOTTEGA VERDE: A cosmetics brand, they have 320 stores worldwide and over seven million users.

AMERICAN BROOKSBROTHERS ALSO ON THE WAY

Prada, Miu Miu, Armani, Fendi, Paul Shark, Patrizia Pepe, Loro Piana, just a few of the Italian brands that have already entered Turkey, say they are pleased with the market.