Arab investors on the rise in Istanbul 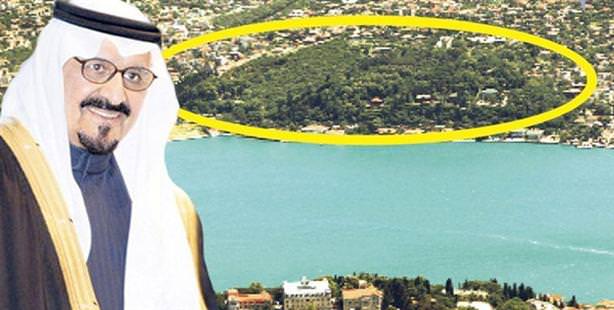 With the zoning of King Abdullah's Sevda Tepesi, Arabian investors have begun flocking to Istanbul. Al Twaijri is now planning a hotel in İkitelli while Merosa has already begun the Andalusia Villas project.

When zoning permission was granted for Sevda Tepesi (Love Hill), a 57,000 cubic meter plot of land overlooking the Bosphorus in Üsküdar which was purchased by Saudi Arabian King Abdullah 28 years ago, it led the way for Saudi businessmen to follow the king's path of investing in property in Istanbul.
Turkish businessmen say that the Sevda Tepesi ruling was a 'symbol' instrumental in bringing in the long awaited arrival of Arab capital. The entry of a high profile figure such as King Abdullah to a country creates a locomotive effect for new investments to follow, they point out.

A few months ago, King Abdullah's Sevda Tepesi was granted zoning permission for 3,400 cubic meters out of the total 57,000 cubic meter property. The first investment to follow this ruling will be by the King's chief advisor and owner of Al Twajiri Holding Muhammed Al Twaijri.

Twaijri has held a series of meetings in Turkey to purchase villas as well as to increase investments. By meeting with international investment consulting firm Merosa's boss Yusuf Katipoğlu, Twaijri has pressed the 'start' button on an approximate 40 million dollar investment in a residence and hotel in the İkitelli vicinity.

A WELCOME PROJECT FOR ARABS

Katipoğlu says that they have laid the foundation for the first project specially geared for Arabs following the reciprocity law. Noting that the Andalusia Villas project in Sapanca was planned in consultation with Arabs, Katipoğlu states, "The project cost 50 million dollars. It consists of 28 four-story villas with pools. Prices are between 750,000 to one million dollars. We have already made our first sale," states Katipoğlu. Also mentioning that each villa is 495 cubic meters, Katipoğlu says, "This project will be a 'welcome' project. Later, we will begin construction on the 100-villa Andalusia-2 and hotel project."

Saudi King Abdullah's step-brother King Fahd is well-known for being the man to put the Spanish city of Marbella on the map. Due to his love of the region, King Fahd donated a significant number of investments including residential projects and hospitals to the coastal southern city. According to research from the Marbella Trade Council, King Fahd would spend up to ten million dollars daily on items spanning from food to jewelry.

King Fahd, easily the Spaniards most-well-loved Arab, was known for handing out cash to stores he would enter. When King Fahd passed away, Marbella declared a day of mourning. King Abdullah is now continuing the same tradition.