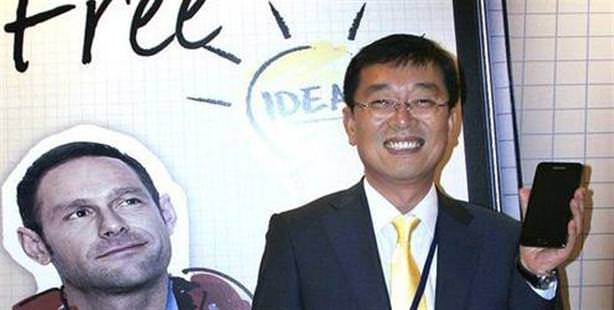 Samsung plans to show their gratitude to Turkey for its assistance in the Korean War through creating a social responsibility project geared towards Turkish youth. In a manner of expressing, “It’s our turn now” Samsung Turkey President Hong says they will be providing free education for 120 students a year.

Technology firm Samsung intends to pay back Turkey for fighting in the Korean War half a century ago by taking on a social responsibility project for Turkish students. Turkey's army sent 55,000 soldiers to Korea from the years 1950-1971, where they also fought along Koreans for three years. Now they want to pay back by offering this education project to those soldiers' descendents.

Samsung Turkey President Sung Yong Hong says, "Those hands that reached out to us then have brought us to where we are now, It is now our turn. The emotional ties we share with Turkey from the past make Turkey a special place for us."

The focal point of Samsung's new project is technical and industrial vocational school students. Explaining that they first realized the project in Korea and received positive results, Hong says that they have reached an agreement with five high schools for the first stage of the project. Hong went on to explain that they also received ministerial approval for the Samsung Academy project and have set up four laboratories in each school. These laboratories will be used to provide technical education to 11th and 12th graders on sound and visual appliances, white goods, mobile devices and computers. The objective is to train technicians with advanced technical and behavioral knowledge as well as close familiarity with Samsung projects. Once the student's training has reached a certain level they will then be placed in internal company programs.

A ONE MILLION DOLLAR INVESTMENT ANNUALLY

Samsung has designated an approximate one million dollar budget for the project for the 2012-2013 school year. Students will receive a total 240 hours of education within two semesters, which will consist of six hours a week spent in Samsung Laboratories. Students who complete the program will receive certificates from the National Education Ministry and Samsung Electronics, explains Hong who goes on to state, "Technically, we are not able to directly provide employment to these students; however we can put them in our employment program for our technical services and call centers. In addition, a number of firms in this sector need these youths. We can be references for them," says Hong.