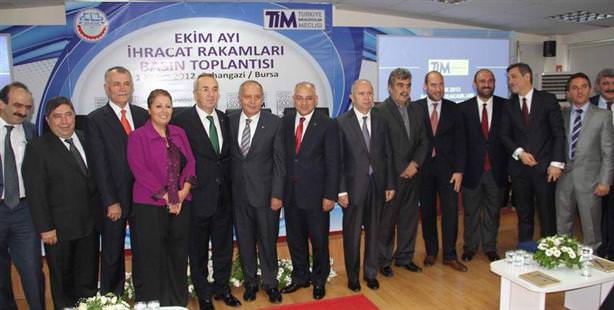 In October, Turkey’s exports reached 11 billion, 784 million dollars. A surprising addition was the 1.6 billion dollars brought in from chemical exporters who honed in on international fairs which carried them to the top above the usual leaders the automotive and textile sectors.

According to data from the Turkish Exporters Assembly (TİM), export figures for October dropped by 0.21 percent compared to the year prior totaling out at 11 billion, 784 million dollars.

A new trend in exports has proven especially interesting. The automotive and textiles sectors have consistently been the top sectors in exports however last month chemical exporters broke the norm and became the leaders in exports. October's chemical exports totaled one billion, 655 million dollars, which was a 23.31 percent increase for the sector.

FAIRS TOOK THEM TO THE TOP

Murat Akyüz Chairman of the Istanbul Chemical Substances and Goods Exporters Union spoke to SABAH about the sector's recent success. Explaining that they placed an emphasis on attending fairs, Akyüz states, "Our fair attendance was the most influential factor in our fast rise. We held 17 fairs this year with on average 20 firms attending. We travelled to the United States, the Middle East and Asia. The diversification of the market has also altered the previous top three chemical exporters which previously consisted of European nations and which is now Iraq, Egypt and UAE."

Minister of Economy Zafer Çağlayan also expressed how pleased they are with the performance of exports and stated," For example, we have now reached the highest level of exports ever with Brazil. Our new objective is to increase the added value in exports."

Çağlayan went on to state that if export figures continue to show the same performance shown over the past two months, they will then surpass their 149.5 billion dollar target in the Medium Term Program.