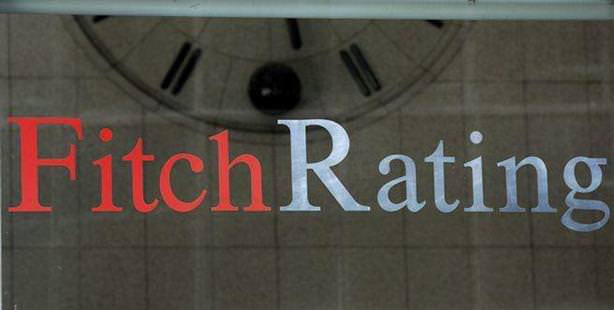 Fitch Ratings upgraded Turkey to investment grade on Monday, a move long coveted by Ankara, citing underlying strengths and an easing in near-term risks for the economy.

The credit ratings agency highlighted a moderate and declining government debt burden, a sound banking system, favourable medium-term growth prospects and a relatively wealthy and diverse economy. The upgrade prompted a rally in Turkish financial markets, which had been anticipating the move in recent weeks, with the lira firming against the dollar while the benchmark bond yield fell to a near record low of 6.8 percent from 6.98 percent.

"It's important to know that credit markets have been trading Turkey like an investment grade credit for some time," said Manik Narain, emerging markets strategist at UBS. "But at the end of the day this will create actual investment inflows and lower borrowing costs even though it was partially priced in."

Deputy Prime Minister Ali Babacan welcomed the move, saying the decision was appropriate and overdue, expressing hope that other ratings agencies would follow its lead.

"Turkey's achievement of this credit rating is expected to mark the start of a new era in the access of our public and private sector institutions to international capital markets," Babacan said in a statement.

Fitch upgraded Turkey's long-term foreign currency Issuer Default Rating (IDR) to 'BBB-' from 'BB+' and the Long-term local currency IDR to 'BBB' from 'BB+'. The outlooks on the long-term ratings are stable.

Turkey will not automatically be included in benchmark investment grade bond indexes because other agencies would have to follow suit. Moody's rates Turkey one notch below investment grade, while S&P puts it a rung lower still.

Prime Minister Tayyip Erdoğan, who has presided over the transformation of Turkey's economy in the last decade, has long criticised the ratings agencies' failure to award investment grade to Turkey.

"The upgrade to investment grade reflects a combination of an easing in near-term macro-financial risks as the economy heads for a soft landing," Fitch said. "Fitch believes that the Turkish economy is on track to return to a sustainable growth rate, having narrowed the current account deficit and lowered inflation after overheating in 2011."

Finance Minister Mehmet Şimsek said the upgrade would have a positive impact on risk perceptions and boost capital inflows and the country's growth performance.

The economy grew 8.5 percent last year but growth is expected to slow sharply to 3.5 percent this year as domestic demand weakens, prompting the central bank to ease monetary policy.

Erdoğan's AK Party government has kept the economy growing at an average 5 percent annually since it came to power in 2002, inheriting a basket-case which had just suffered a major financial crisis. Inflation has also come down to around 8 percent from triple digits in the late 1990s.

Many economists agreed with Babacan that the Fitch move was overdue. "Turkey should have long been investment grade status, given its proven willingness to pay in difficult circumstances. The external financing risks to the sovereign have long been overstated," said Standard Bank head of EM research Timothy Ash.

"This is a big confidence boost to Turkey, and should help attract a new investor base to Turkey. I would expect Moody's to follow, and eventually S+P - kicking and screaming!" he added.