The TL Zone in play 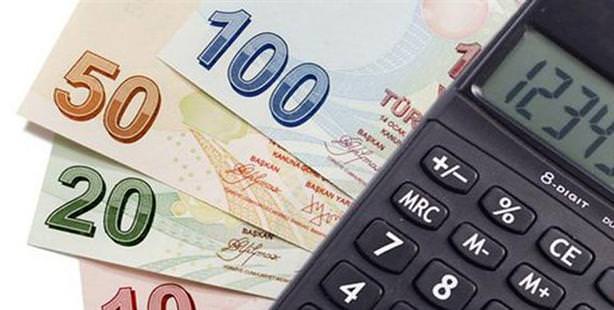 Prime Minister Erdoğan's "TL Zone" idea has long been in the works in international trade. At present, there are 188 countries receiving goods in liras. In 2008, local currency use was at the zero percentile level; nowadays trade in TL has reached ten billion dollars worth. Even nations hard to discern on a map are now trading with the Turkish lira.

Prime Minister Recep Tayyip Erdoğan's TL Zone proposal is virtually taking flight. Turkey now exports to 188 countries and imports from 119 countries in liras. In just four years, the zero percentile trade in Turkish liras has soared to ten billion dollars worth. For every 100 dollar transaction in Turkey, four dollars worth is done in the lira. In 2008, exports in liras were at zero percent while 1.63 percent of imports were made in liras. This year, that combined figure reached 3.42 percent.

DEMAND FROM EVERY SECTOR

Turkey's performance during the economic crisis, which left a number of nations on the brink of bankruptcy, has resulted in making the stable local currency go beyond the border. From textiles, to ready wear, from food to perfume, a number of sectors are now conducting imports in Turkish liras.

Iran buys food products in TL
The food sector has especially begun to see intense demand from Gulf nations to trade in TL. Elvan Gıda Executive Board Chairman Hidayet Kadiroğlu says they have been importing to Iran in TL. Explaining that as long as the Turkish lira remains stable, they are able to offer stable pricing schemes, Kadiroğlu, says "We have also received a request from Bulgaria to trade in TL."

Arabs are requesting TL
Laleli Industrialists and Businessmen's Association (LASİAD) President Giyasettin Eyyüpkoca says, "We used to pay in dollars when we purchased goods from Saudi Arabia. Now they ask, 'do you have TL?"
The use of TL in international markets has resulted in the Turkish liras being transacted in exchange offices abroad. Explaining that the TL is being transacted in exchange offices in Russia, Europa and Arab nations, Eyyüpkoca states, "It used to be that in Laleli daily sales would be made in liras, however the TL is now being preferred in imports. In Arab nations especially, buyers that we used to deal in dollars with are now requesting Turkish liras. The number of countries that are making the same request continues to increase."

'Our currency has increased trust'
Minister of Economy Zafer Çağlayan, "As a result of Turkey's political and economic stability, transactions in TL are on the rise and they will only continue to increase." Explaining that they are working on furthering this, Çağlayan went onto state, "A majority of exports are in euros and dollars, while the majority of imports are made in dollars. Last year, the share of TL in exports was at 2.5 percent while the share in imports was 3.1 percent. The fact that the TL share in imports is high is an indicator of the trust in the TL by goods sellers to Turkey."

Cosmetics turn to TL
Turkey has begun to do exports in TL in the cosmetics sector with neighboring countries. Erkul Cosmetics Executive Board Chairman Murat Erkul, "We mainly receive TL from Iran. In fact, we receive TL from a majority of neighboring countries. For the past year and a half this trend has increased, especially in recent periods. All of these countries also sell goods to Turkey, therefore they have TL in their hands," stated Erkul.

Three percent in textiles
According to Osmanbey Texstiles Businessmen's Association (OTİAD) Chairman Ali Ulvi Orhan, the Turkish Republics, Russia, and Arab nations already use TL in retail purchases, however recently that share has increased in wholesale sales. Orhan says, "Over three percent of our sales are done in TL."

WE EVEN SELL TO ECUADOR IN TL

Traded with TL has also increased throughout African nations. Burma, Ecuador, Eritrea, Maldives, Nicaragua, San Marino and the Seychelles all conduct exports in TL. Qatar, Bahrain, Sudan, Libya, Ethiopia, Senegal, Oman, Lebanon and Sierra Leone are importing in Turkish liras.
The nations that conduct the highest number of exports in TL is Iraq at 623 million dollars, Northern Cyprus at 598 million dollars and Iran at 565 million dollars. Germany is the number one country to use Turkish liras is Germany at 1.1 billion dollars.