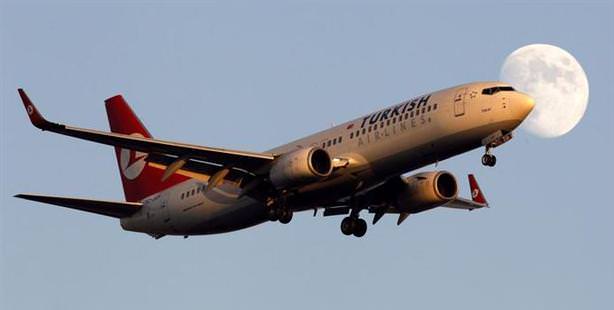 Turkish Airlines has documented a 655 percent increase in profit in the first nine months of the year, compared to figures from the year prior, reaching a total of 868 million liras in net earnings.

Turkish Airlines (THY) has signed on to yet another global success, this time by increasing profits year on year by a whopping 655 percent. By increasing sales by 30 percent during the first nine month period of the year, reaching 11.2 billion liras, Turkish airlines' net profit rose by 655 percent to reach a total 868 million liras.

With 21 additional foreign destinations included in 2012, Turkish Airlines now flies to 170 international destinations and 90 different countries making the airline the number one in terms of most numbers of destinations served.

Turkish Airlines continues to bring on achievements, including ordering 35 additional wide-bodied aircraft to be delivered by 2017 and by adding the 200th plane to their fleet just last week.