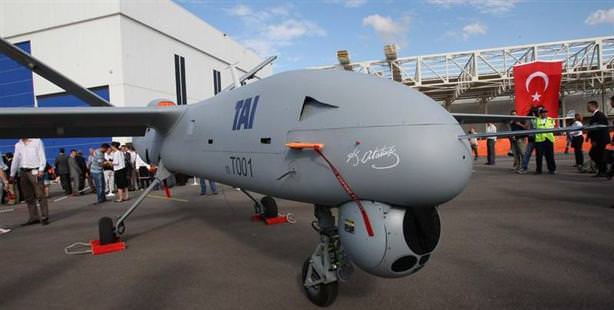 The first request for Turkey’s new unmanned aerial vehicle, the ANKA, has come from Egypt.

While Prime Minister Tayyip Erdoğan was in Cairo, the protocol was signed for Egypt's purchase of ten ANKA drones. Egypt, the first international customer for one of Turkey's most significant defense projects the national unmanned aerial vehicle the ANKA, has supposedly been pursuing this purchase for the past two and a half months.

With flight tests already completed, the Turkish-made ANKA has a number of superior characteristics compared to Israeli make Herons.

While Israeli Herons are able to carry 185 kilograms of disposable load at 30,000 feet, the ANKA will be able to take on over 200 kilograms of additional weight. The ground system for the ANKA, which also carries Kemal Atatürk's signature, has been equipped with the latest technology.

With the ANKA, Turkey has become the third country in the world that manufactures Unmanned Aerial Vehicles. The United States and Israel are the only two other nations in the world which produce drones. With a 17-meter wide wingspan and a length of nine meters and height of 1.70 meters, the ANKA is able to conduct day and night reconnaissance flights, surveillance and target destination.