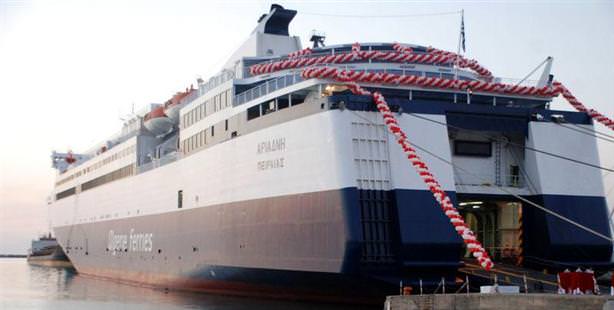 Customs and Trade Minister Hayati Yazıcı explains that due to the internal chaos in Syria, Egypt has taken on a much more significant position for Turkey. “The cooperation protocol signed with Egypt will ensure trade is conducted both more securely and efficiently between the two nations,” says Yazıcı.

Yazıcı was commenting on the trade protocol signed between the countries during last week's Turkish-Egyptian Business Forum. Pointing out that Turkish and Egyptian economic relations have gained significant momentum as late, Yazıcı stated that the foreign trade volume in 2002 was at 444 million dollars, whereas in 2011, that figure had grown to 4.2 billion dollars.

Explaining that 97 percent of trade between the two nations took place through maritime routes, Yazıcı relayed the following information:

"Turkey and Egypt signed a Memorandum of Understanding on Ro-Ro's on April 23rd 2012. Ro-Ro's began operating between Mersin and Port Said just three days later. Ro-Ro services have not yet begun to İskenderiye Port due to reasons involving the port operator; however we are working on ensuring that services begin from İskenderiye as soon as possible.

Other than that, we have also signed protocol on custom's agreements between the nations hoping to fortify the custom operations between the two countries, including exchanging personnel for experience and training in order to establish a mechanism to handle the Ro-Ro exchange."

Minister Yazici explains that the protocol signed between Mersin, İskenderun and İskenderiye and Port Said is a 'brotherhood protocol" between Turkish and Egyptian local customs administrations. Yazici also pointed out that due to the internal strife in Syria, İskenderiye and Port Said have become increasingly significant for Turkey's foreign trade.

Minister Yazıcı also announced that important strides have been made on revitalizing the Silk Road. "These efforts are not solely geared towards connecting Europe and Asia and being an east to west line, but it will also include a north-south line to connect Europe, Asia and Africa," states Yazıcı.
"Our main objective is to ensure that the İskenderun-Port Said and Mersin-İskenderiye Ro-Ro services become a true alternative to Syrian routes," states Yazici explaining that the drop in cost as a result of the protocol signed for customs and transporting operations will contribute greatly to trade between Turkey and Egypt as well as to the other regional nations.