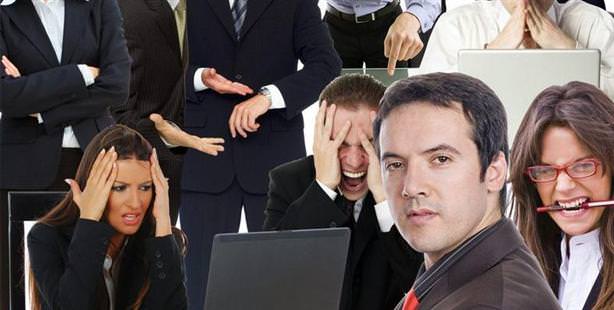 Turkey, which in the 60's sent thousands of citizens to work in Germany as well as a number of other European countries in the hopes of starting a new life, has now become the destination of choice for foreigners due to its growing economy over the past few years and its fast declining unemployment rates.

Foreigners escaping the crisis in Europe, America as well as the chaos in the Middle East are looking to Turkey for job opportunities, practically scrambling for positions amongst themselves. Compared to last year, the number of foreigners seeking positions in Turkey has risen by 40 percent. Resumes are especially raining in from Bulgarian, German, Azerbaijani, Turkish Republic of Northern Cyprus and French citizens.

Foreigners who now consider Turkey to be their gateway to hope are seeking jobs in retail, textiles and finance, respectively.

THE YOUTH ARE A CUT ABOVE

Secretcv.com has recently announced that 170,000 foreign applicants have submitted their CV's on job placement websites.

According to data compiled by Secretcv.com, ten percent of all foreign applicants are seeking positions in sales, seven percent in marketing, 6.7 percent in foreign trade and six percent in human resources. Accounting, human resources, information technology and production are other areas in demand by foreigners. Closer inspection of the foreign applications coming in shows that the majority of candidates, at 34 percent, are between the ages of 26 to 30.

According to Baraka Consulting Founder and General Manager Reha Abi, the upgrade of Turkey's credit rating was influential in peaking foreigners interest in pursuing positions in Turkey. "The fact that we have directed efforts towards design in textiles, coupled by investments by retail chains in Turkey has made our country a focal point for the business world."

Abi says that young designers from Spain, Italy and northern European nations are now getting in line to receive proposals to bring their talents to Turkey.

'The youth are more courageous'

Emphasizing that the entire world is well aware that Turkey is a rising star, My Executive Founding Producer Müge Yalçın says, "Foreigners that hear that investments and employment are on the rise in Turkey, tend to apply, asking themselves, 'do we have a chance?" Yalçın says that the fact that the majority of applications are from the younger population is due to the fact that the youth population are more courageous when it comes to working abroad.

Departments receiving applications and their percentage

The following is a translation of an article originally written by Elif Akın.