The U.S. are the ones who should cut trade with Iran! 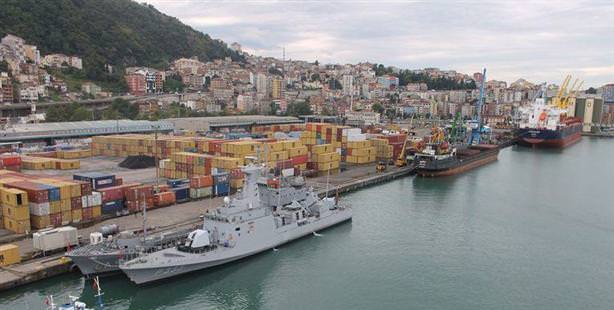 Accusing Iran's uranium enrichment program of being evidence of nuclear efforts, the United States has begun an operation of sanctions in an attempt to further isolate the country, which has resulted in testing the patience of the Turkish business world.

After first attempting to obstruct business transactions using the banking system between Turkey and Iran, recent attempts to halt payment in gold has resulted in the business world reacting, only to deliver the following message: "America's decisions do not matter, trade will find a way."

Foreign Economic Relations Board (DEİK) Turkey-Iran Trade Council Chairman and Trabzon Chamber of Commerce Chairman Ali Osman Ulusoy, refers to the U.S. ruling as 'meaningless' and states, "The U.S. is actually conducting exports with Iran on practically all items through Belgium and France." Explaining that they have relayed the issue to the U.S. state officials that have arrived in Turkey, Ulusoy goes on to state, "I told the U.S. officials, 'Whatever method you use to obtain the funds for goods sold, will be the same method we use to both pay and receive our funds." Ulusay went on to state that the United States ruling was not important and that a way will be found for trade to continue. Bilateral trade between Turkey and Iran is expected to reach 20 billion dollars this year. Turkey purchases 18 million cubic meters of natural gas from Iran annually and exports seven billion dollars worth of gold.

Despite the worldwide embargo with Iran, U.S. state establishments have admitted to conducting trade with Iran itself. According to statistics from the U.S. Population Bureau, Iran imported 229 million dollars worth of goods from the U.S. in 2012. In March, Iran announced intentions to purchase 120,000 tons of wheat from the U.S. In 2011, the United States imported 888,000 dollars worth of products from Iran, mainly consisting of antiques and artworks. In 2010 that figure was 94 million dollars. Although U.S. sanctions prohibit the delivery of humanitarian, medical or educational goods, trade actually continues in a number of everyday items spanning from insulin to gum.

Those who threatened Turkey were caught red-handed in Iran…

The U.S., which requested nations refrain from banking with Iran in an attempt to intensify the embargo, was caught red-handed as its own financial establishments were conducting transactions with Iran. It has been proven in the U.S. that HSBC, JP Morgan and Standard Chartered actually infringed on the financial sanctions with Iran themselves. The U.S. HSBC Bank USA N.A. (HBUS) as well as subsidiary firm HBME JP Morgan Chase were caught cooperating with six Iranian banks. It also turns out that the British Standard Chartered Bank's United States unit has conducted 60,000 secret transactions totaling 250 billion dollars with the Iranian government. According to a report prepared by the U.S. Senate, between the years 2001-2007, HSBC conducted 25,000 transactions totaling 19.4 billion dollars in banking transactions.