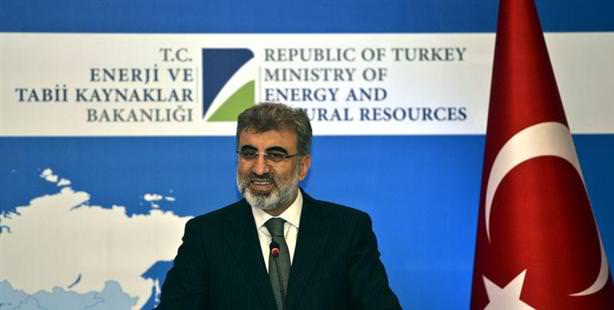 If the United States’ sanctions against Iranian gas trade through gold are passed, it will actually most harm U.S. ally Turkey. Turkish Energy Minister Taner Yıldız however, believes the new tightened sanctions will not encompass Turkey.

The U.S. Senate resoundingly approved on Friday expanded sanctions on global trade with Iran's energy and shipping sectors, its latest effort to ratchet up economic pressure on Tehran over its nuclear program. The measures would also restrict trade with Iran in precious metals, graphite, raw or semi-finished metals, such as aluminum and steel, metallurgical coal and software for integrating industrial processes in Iran's energy and shipping sectors. Further, the new sanctions include measures aimed at stopping the flow of gold from Turkey to Iran.

The American Israel Public Affairs Committee, a powerful pro-Israel lobby group, endorsed the measures, which it said would close a loophole in existing laws. "In an effort to circumvent international sanctions on the Central Bank of Iran, some purchasers of Iranian oil and natural gas have been using gold and other precious metals to pay for petroleum products," AIPAC leaders said in a letter to senators ahead of the vote, urging support for the bill. Israel says international sanctions against Iran are not working and is threatening to use military force to prevent Iran from becoming a nuclear power. Washington says all options are on the table in dealing with Iran, but sanctions and diplomacy should be given more time.

On Monday, speaking during a joint press conference in Istanbul with Russian President Vladimir Putin, Prime Minister Recep Tayyip Erdoğan said Turkey will continue buying natural gas from Iran despite the sanctions imposed on the Islamic Republic by the West. We have always told officials that the issue is of strategic importance to us and we couldn't comply with the sanctions. We are at the same point now. We told them we would carry out the necessary swap because it's a strategic product and we will continue in that direction in the future," Erdoğan said.

U.S. Ambassador Francis Ricciardone commented on the Prime Minister's remarks. Ricciardone stated that they realize the issue is strategic for Turkey; however it is of equal importance for the United States to be able to work with Turkey to prevent the proliferation of nuclear weapons in the region.
Noting that diplomacy is still in play, Ricciardone stated, "Alongside Turkey we are trying to encourage Iran's International Atomic Energy Association to work with the international community to prevent the proliferation of nuclear weapons and to ensure nuclear energy is used for peaceful purposes."

TURKEY IS NOT INCLUDED

Minister of Energy Taner Yıldız commented on the United States' tightening of sanctions on Iran by stating that in his opinion, the sanctions on natural gas purchases will not pertain to Turkey. "The reason being that we would all be aware and able to see that this would not solely be a sanction against Iran, it would also be a sanction issued against Turkey."

The new sanctions, which would be the third round in a year if passed into law, include measures aimed at stopping the flow of gold from Turkey to Iran in exchange for natural gas supplies. This would mean Turkey would lose 18 percent of its pre-winter natural gas supply. The difficulties posed for payments will result in Turkey seeking out other options, which will lead to a hike in prices.

A 'B' plan with Russia

Minister Yıldız says that during Russian President Vladimir Putin's visit, they had the opportunity to discuss the option of Russia providing additional gas to Turkey. Explaining that they held a number of meetings on the issue with firms such as Gazprom and Rosatom, Yıldız stated, "Russia showed great sincerity regarding providing for Turkey's increased need and supplying it at the most appropriate cost. Of course it may take up until January of February to secure the related contracts. However, with the exception of the actual contract we have reached an agreement on purchasing additional gas from Iran.

The Central Iraqi Administration rescinded authorization for Minister of Energy and Natural Resources Taner Yıldız to land directly in Erbil in order to attend a petroleum and gas conference. The incident took place yesterday morning, as the Iraqi administration issued a decree making it mandatory that all flights to Erbil land in Baghdad first. Minister Yıldız heard the news while already aboard the GAP-titled plane and accompanied by a concise committee. Initially the Turkish committee decided to go ahead and land in Baghdad, where they would meet with Deputy Prime Minister responsible for gas and petrol Hüseyin and from there would head on to Erbil. The Baghdad administration supposedly did not favor the new change in plans, and in the end Minister Yıldız flew to Kayseri. Speaking to NTV, Yıldız stated, "There must be some sort of misunderstanding."