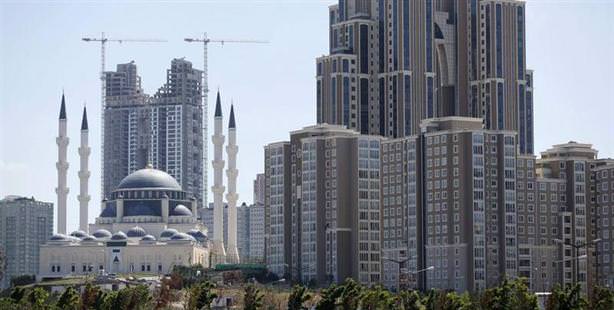 Representatives of investment funds toppling 100 billion dollars from the Gulf region have arrived in Istanbul to attend the first-ever Turkey-Gulf Real Estate Investment and Cooperation Congress. Started yesterday, the congress has already brought on an announcement of a 150 million dollar investment by Daleel Group.

The Turkey-Gulf Real Estate Investment and Cooperation Congress, held at the Ceylan Intercontinental Hotel in Taksim from December 5th to the 7th, has brought together investors from the Gulf region, which represent nearly 100 billion dollars of combined funds, with Turkish developers.

During the meetings, in which Çalık GYO is also a sponsor, investors had the opportunity to hear first-hand of all the new development and real estate opportunities popping up in Turkey. Gulf Eurasia Businessmen's Association President says that up until now there has never been such unity on a commercial basis between Islamic nations, which he says represent a 184 billion dollar volume in real estate.

Dr. Muhammed Al- Mufarreh, General Manager for Daleel Group, one of Saudi Arabia's biggest holdings, has announced plans to enter the Turkish market with a 150 million dollar budget to start off with. "We will be presenting the Istanbul real estate market on the internet in Arabic to investors in the Gulf. With this conference, we are aiming to establish a union which will include all Islamic countries," states Al-Mufarreh.

According to Orient International Consulting owner Halil İbrahim Demirhan, they have sold nearly 4,000 properties since the Reciprocity Law was passed last May. Demirhan says that when including sales by other firms, this figure goes up to eight to ten thousand. Demirhan says that in addition to the Daleel Group; the Al Raci, Al Ammari, Al Amedi and Al Fauzan groups are also seeking out investments. Demirhan also said, "Saudi King Abdullah has already begun assigning engineers to work on the Sevda Tepesi project."

THOSE WHO INVEST STAND TO GAIN

Ali Ağaoğlu Executive Board Chairman of Ağaoğlu Group, the main sponsors of the summit, says that Turkey, which for years has been turned towards the west, is now discovering the Gulf. "It is because of the prime minister that we are now directing interests towards the Gulf region. We have a lot of joint interests with the region and with these similarities we can take collaborations to a further level. This shouldn't be perceived as solely selling units. There are a number of opportunities in Turkey and those who invest stand to gain," states Ağaoğlu.

Ağaoğlu Construction General Manager Hasan Rahvalı states since the Reciprocity Law was passed, they have sold nearly 1,000 properties to investors from the Gulf region, 517 of which have already been handed over. Rahvalı says that a Bahraini fund has offered 54 million dollars for an entire block of the Maslak 1453 project.

TOURS OF PROJECTS IN ISTANBUL AND YALOVA

A number of participants in the Istanbul summit will also be participating in tours of real estate projects in the city as well as Yalova. Ağaoğlu Construction General Manager Hasan Rahvalı explains,
"They wanted to include Yalova into the program themselves. Because most have visited on holiday before they wanted to see places like Yalova, Sapanca and Abant."

DALEEL GROUP: AS OF TODAY, WE HAVE BEGUN INVESTMENTS IN TURKEY

With plans to enter the Turkish market with a 150 million dollar investment, Abdullah Saleh Al-Amoudi, the Executive Board Chairman of Daleel Group's firm in Turkey explains, "We have been coming to Turkey since the 1990's. Since then we have seen a 360-degree transformation. Even up until just five years ago there wasn't this environment of investment. After all of the research we have done up until now, we made the decision today to begin investing in Turkey." Noting plans to invest in Istanbul, Yalova and Sapanca, Al Amoudi says, "Up until today, we didn't have information on the entire real estate market. Now, with this organization we have managed to build that bridge together. We are also going to get some of the bigger families in the Gulf to come here to invest. With this reciprocity legislation a lot of funds will now be flowing into Turkey."

Orient International Consulting owner Halil İbrahim Demirhan, says that there is an unbelievable increase in the interest in Bodrum by Gulf investors. "In the past, Saudis would go to St. Tropez or Mykonos. Bodrum has now replaced those destinations." Demirhan says that famous families from Saudi Arabia, Kuwait and Qatar are now making purchases in Bodrum. "They are not just coming on vacation. Right now, they are also applying to be a partner in the Ağaoğlu Group's Bodrum project."