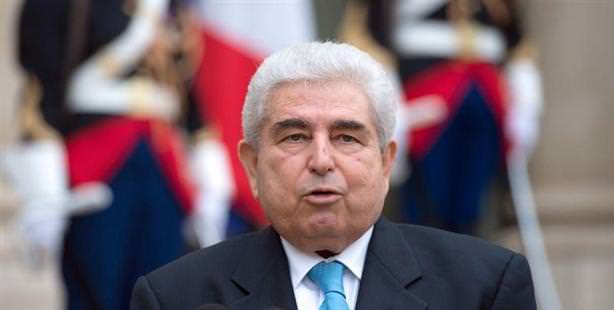 Greek Cypriot leader Christofias was brought to tears as he relayed the government’s new austerity policies at a recent trade union meeting.

The president of the South Cypriot Greek Administration Demetris Christofias was unable to hold back his tears as he discussed new austerity measures with members of the PEO trade union.

Christofias, the president of a Greek Cyprus suffering immensely from the economic crisis, explained to the PEO trade union why it is he was forced to sign the financial aid memorandum presented by the troika of the European Commission, the European Central Bank and the IMF.

The Greek Cypriot welled up in tears as he stated, "You will always find me beside you as your travelling companion on this path."

'THIS IS NOT THE END'

Christofias explained that they were forced to choose between accepting the harsh bailout as a mechanism for financial stability or allowing the nation's banks and economy to go bankrupt and adds that the troika's financial measures allowed little room for any changes in demands and conditions.

The Greek leader went on to state, "This is not the end, we will continue this struggle under better conditions," and assured that the majority of the rights these workers have had to relinquish today will be reclaimed in the future.