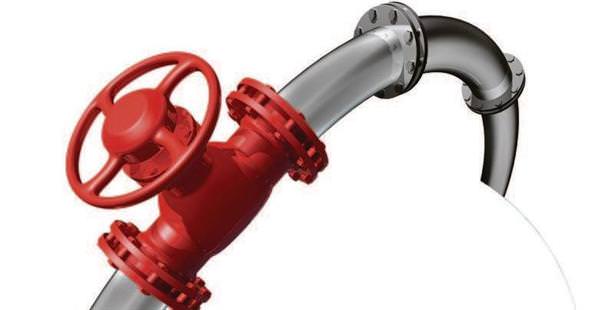 The Israeli lobby, which was intent on obstructing Turkey’s natural gas purchases from Iran, appears to have hit a wall. Obama is not only issuing a six-month exemption for petrol purchases but the U.S. administration may also be releasing a ruling in February that would work to increase Turkey’s exports to Iran in sectors spanning from textiles to food.

After exerting pressure to tighten U.S. sanctions on Iran in an attempt to halt Turkey's natural gas purchases in exchange for gold, the Israeli lobby has now been thrown a curve ball. Obama has made a series of new decisions that will benefit Turkey from both sides. The U.S. has decided to extend an exemption, granted to Turkey in the past, on petrol sanctions on Iran. In addition the new sanctions the Obama administration intends to embark on in February of 2013, may actually work to benefit Turkey's exports to Iran in sectors including, food, textile and industry.

According to the new sanctions, nations that Iran deals petrol to will no longer be able to pay in gold or other precious metals, nor in cash. The embargo will make purchasing weapons and nuclear materials more challenging. As a result, Iran will be obliged to import basic need items for their public from countries they export to themselves. As a result, nations importing gas from Iran will automatically also experience a rise in exports to Iran. The ruling will go into effect in February. As a result the legislation pushed in the U.S. Senate by the Israeli lobby will be rendered functionless. By being able to reciprocate with imports of goods other than gold, Turkey will no longer have to curb gas purchases from Iran. The new legislation on sanctions will be a disappointment for the lobby intent on driving Turkey's economy into a corner.

THE GAS FOR GOLD DECISION AWAITS

The measure to halt Turkey's naturalgas purchases in exchange for gold passed swiftly by the U.S. Senate as a result of pressure from lobbyists soon after Deputy Prime Minister Ali Babacan openly stated Turkey was purchasing gas in exchange for gold imports to Iran. The new sanctions have yet to be approved however by the U.S. House of Representatives and President Obama.

IMPORTS TO IRAN TO RISE

While the United States' embargo on Iran will work to curtail Turkey's gas purchases paid through importing gold, allowing trade in other products such as food will increase trade between the nations.
According to Turkey's Exporters Assembly President Mehmet Büyükekşi, this new decision will increase every export item to Iran. Büyükekşi also notes that Iran's custom's taxes are "extremely high," and need to be brought down.

U.S. Undersecretary for Financial Intelligence at the US Treasury Department David Cohen recently stated, "We are committed to increasing the financial pressure on Iran as long as necessary," adding "Iran's oil revenues will largely be shackled within a given country and only useable to purchase goods from that country." Cohen also said that any banks that transfer Iranian funds "beyond their borders, will risk losing access to the US banking system."

IMPORTS ON THE DOWNFALL

Iranian petroleum imported by Turkish and Asian importers is expected to drop to 834,000 barrels a day in December, down from November's 1.08 million barrels. A number of nations have significantly dropped their gas purchases from Iran. China, one of the biggest gas importers, cut their purchases from Iran down by 22 percent. The sole country to increase their gas imports was India at seven percent.

NEW SANCTIONS ARE ON THE WAY

Another plan in place by the U.S. is to tighten Iran sanctions in February, 2013, in what may be the strictest financial measures the nation has ever seen. A senior-level official from the U.S. Treasury recently stated that as of February 6th, the earnings from Iran's already shrinking gas trade may no longer be transferrable to the nation.