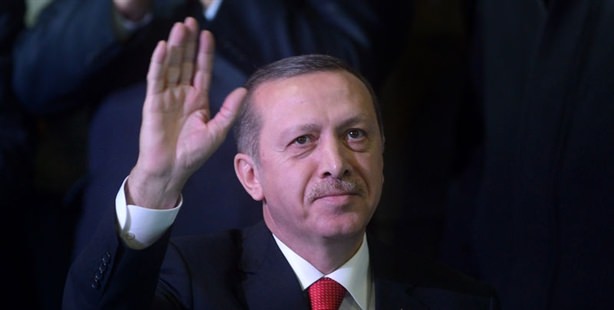 With the 112 facilities opened on 12.12.12., nearly 2.345 million decares of land will be irrigated and approximately 8.5 billion kilowatts per hour electricity energy will be produced annually.
Prime Minister Recep Tayyip Erdoğan launched a collective opening for 112 projects totaling 16 billion liras yesterday, which include a dam, a potable water refinement facility and a lake.

Stating that thanks to these facilities 2.34 million decares of land will be irrigated, Erdoğan said; "We are succeeding in providing water for the chapped lips of the land. With these projects, Turkey will gain the ability to produce nearly 8.5 billion kilowatt hours of hydroelectric energy."

WE HAVE NO PETROL OR GAS

Pointing out that when they came onto duty, the amount of energy derived from natural gas conversion power pants was at 52 percent, which they have now brought down to 44 percent, Erdoğan stated, "Due to the electricity we have begun producing with hydroelectric power plants, wind and solar energy systems; we have reached a stage where natural gas is primarily used in heating for homes and in the industry."

Explaining that they do not want the country to turn into a concrete jungle, Erdoğan stated, "When we look out our window, let us not just see heaps of concrete, let's see greenery and breathe in that air."

Prime Minister Erdoğan also pointed that Turkey does not have limitless petrol and gas reserves, "Therefore, we have to build dams, lakes and hydroelectric power plants in order to accommodate for our energy and potable water needs. Hydroelectric energy is Turkey's insurance for continuous and reliable energy," stated Erdoğan.

One of the facilities that went into operation on 12.12.12, the Artvin Deriner Dam, goes down on record for being the tallest arch dam in Turkey and the sixth tallest in the world. At 249 meters height, the Deriner Dam will be able to produce an annual 2.118 billion kilowatts per hour. The 2.5 billion lira Deriner Dam investment was followed by the 530 million lira Yozgat Çekerek Dam.

A total 16 dams were opened yesterday, including the Trabzon Atasu, Bolu Köprübaşı and Bayburt Demirözü dams. Within the framework of the Water Use Rights Agreement, the private sector-built 1.2 billion lira Sinop Boyabat Barrage and 26 private sector Hydroelectric Power Plants were also opened yesterday.

A SURPRISE FOR ÇİÇEK

During his address yesterday, Prime Minister Erdoğan announced as a surprise for Parliamentary Speaker Cemil Çiçek that the Musabeyli Dam in Yozgat would be named after him. "The Kapıkaya and Boztepe Dams in Malatya are also opening up for service. We have named one after the late president Turgut Özal and the other after Recai Kutan who also hails from Malatya."

* The total investment cost of the 112 projects opened yesterday is 5.952 billion liras.
* The facilities will provide irrigation for nearly 2.345 million decares of land.
* Nearly 8.5 billion kilowatts per hour of electricity will be produced annually.
* 614 million cubic meters of drinking water will be provided.