Control at NATO given to Turkish engineers 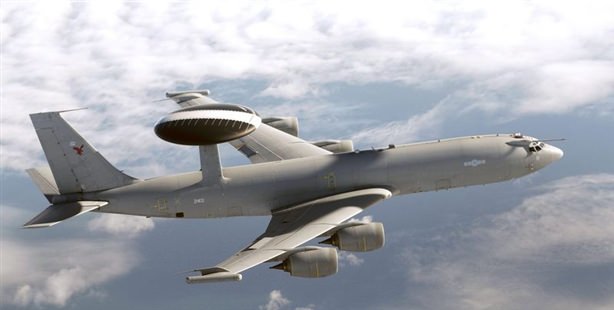 NATO, which recently approved positioning Patriot missile defense systems along Turkey’s border with Syria, has now handed over command of their air control systems to the Turks.

As the winners of a 21 million euro tender, Turkey will now supervise NATO's air fields. NATO, which has agreed to deploy Patriot air and missile defense systems in order to defend Turkey from any risks posed by Syria, has now handed over control of their own air security systems to Turkish engineers.

Atos Turkey was the winner of NATO's 21 million euro air control system tender. The company, which conducts software and system engineering projects for NATO, also develops air control systems which are applied in headquarters. High-level NATO commanders are in turn, able to use this system when establishing action plans. The firm has also developed a project which will allow for communication between NATO troops stationed in Afghanistan, named the 'Afghan Mission System'. Atos Turkey CEO Orhan Akbulut says that they have preferred to focus on developing national technology for use in Turkey's defense industry.

The leader and contract-holder for the air control system is NATO Belgium. The main headquarters for the project however will be in Ankara. The Turkish engineers on this project were given the tender for the Afghanistan project due to their success and competence.

"These projects contribute millions of euros to a high quality and income labor force of over 100,000 per capita. Its contribution to the account deficit is even further. Turkey has become the decision center for high added value projects," Orhan Akbulut.

Remarking that the Atos Turkey firm has become one of the most competence centers in the world, Akbulut states, "Turkey will become a decision authority and a design center for the defense industry projects the firm pursues. When the NATO project first started, Germany and Belgium were the stand-outs. However, our proposal was way ahead when it came to competence."

Akbulut explains that they came in second in both the technical solutions and price category out of the five firms that participated in the tender. "We won the tender leagues ahead in total. This project is being done in 26 different nations. The Afghanistan project was handed over to us directly," said Akbulut.

We are ready for the Olympics…

Atos Turkey CEO Akbulut goes on to explain that the firm's first experience with the Olympics began in Barcelona in 1990. Referring to this previous success, Akbulut stated, "Since Salt Lake City in 2002 up until now, Atos has become a revered firm due to the technology infrastructure we have provided by partnering in the world-wide information technology used in the winter and summer Olympic games."

Expressing their hopes that Istanbul will host the 2020 Olympics, in which case Atos Turkey would play an integral part, Akbulut stated, "We are going to use the Mediterranean games as a preliminary study for the Olympics in Turkey."Atos Turkey, which has been an information technology partner in the worldwide Olympic Games, will also be one of the IT infrastructure partners in next summer's 13 day-long XVII. Mediterranean Games to be held in Turkey.

Atos Turkey, which will be providing for all of the technological needs of the organization which has been held every four years since 1951, will be setting up and overseeing timing and scoring systems in 32 different sports facilities in Mersin, Adana, Tarsus, Erdemli and Kızkalesi. Atos Turkey will also be providing consulting and training services for their systems.

This is a translation of an article originally written by Timur Sırt.