“We can now have global cooperation” 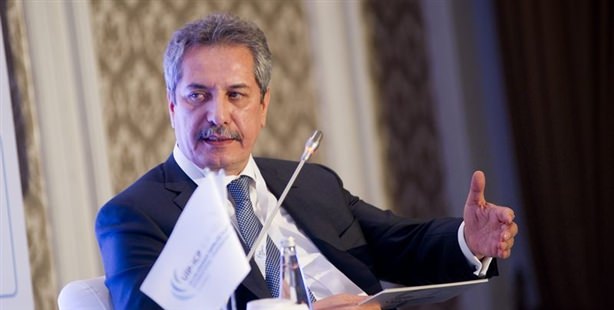 Executive Board Chairman of Çalık Holding Ahmet Çalık says that Turkey has set a target for the next ten years and advises that both nations and firms should have a ten-year plan.

Ahmet Çalık, Chairman of Çalık Holding, was speaking at a panel entitled, "The Power of Dynamic Foreign Trade in Overcoming the Global Recession," presented at the Third Bosphorus Regional Cooperation Summit hosted by the International Cooperation Platform (ICP) and the Turkish Exporters Assembly under the auspices of President Abdullah Gül.

Speaking at the panel, Çalık pointed out that Turkey has set a target for the next ten years and advised that both nations and firms should have a ten-year plan.
"If the government has made the necessary legal arrangements and if the environment is conducive to making business, then there is no way the business world will not be successful. Turkey has been serious in making legislation and reforms on this issue. With the privatizations that took place over the past decade, Turkey's private sector has had activities in every single area.

Turkish firms are no longer just exporting products. We are now purchasing companies in regional countries; we are establishing firms in these countries and are taking on the position of employers. As a group, we are presently the sector leaders of banking and telecommunications in Albania. In Central Asia and in Iraq we are both investors, we sell products and we import."

Underlining that Turkey has now completed its first stage and is ready to move on to the next level, Çalık stated, "Looking at the Turkish business world, you see it has very dynamic structure. In 2008, 50 percent of exports were made to Europe. Now, even if there may not be a drop in terms of figures, in the recent period, we have moved our exports proportionately to differing regions, which has worked to decrease the share of risk."

Explaining that the Turkish business word has a competitive strength that is much higher than their competitors, Çalık states, ''We can now have cooperation and partnerships with global firms. We can conduct joint production, which for us would be a very significant advantage. We are calling the next year the second stage. At this stage, Turkish investors will be able to contribute to both the nations they are in and to Turkey's economy," stated Çalık.