A Turkish signature on the Dark Continent’s oil 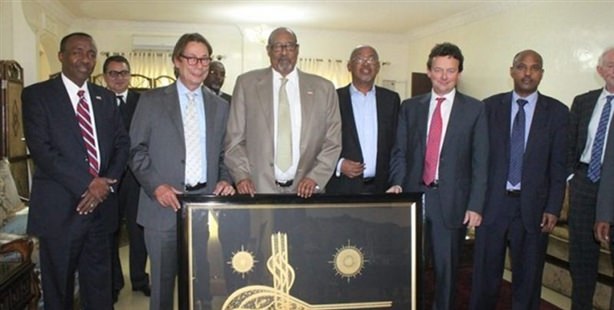 Turkey has joined the race of giants for petroleum in Africa. After already establishing a presence in Libya Morocco, Somaliland and Tunisia; now another Turkish company will be seeking out petrol in Uganda.

Africa, which is struggling with malnutrition, drought and internal strife, is now seeking out a future from petrol. In addition to Western mega-corps such as Chevron, Shell and BP as well as Chinese firms such as Sinopec and CNOOC, Turkish firms are also showing an interest in African petroleum. After the state-owned Turkish Petroleum Corporation (TPAO) and Genel Energy another Turkish firm is setting foot on Africa, which boasts nearly ten percent of the world's gas reserves.

AWAITING A LICENSE FOR UGANDA

For awhile now, TPAO has been discovering significant reserves in Libya, which was followed up in the region by General Energy in Morocco and Somaliland. However now, yet another Turkish firm has applied for a license to operate on Uganda. Pet Oil, a subsidiary of Ankara's Pet holding has embarked on exploring for oil in Uganda.

In addition to Japan's Marubeni and China's Sinopec, a total ten firms hailing from South Africa, the United States, United Kingdom, India and Kenya have applied to the Uganda Energy Ministry for licenses for oil prospecting in the nation's Albertine district which houses 60 percent of the nation's reserves in a 14,000 cubic kilometer region.

Pet Oil, owned by Güntekin Köksal, who held a high-level position at TPAO for 17 years, is also conducting oil exploration in Azerbaijan, Iraq, Kazakhstan and Yemen.

TPAO was the first firm to enter Africa. For years now, TPAO has been exploring for oil in the northern part of the continent, Libya. In 2009, TPAO discovered 3,000 barrels in petrol reserves.

In October, Genel Energy, which prospects for oil in Northern Iraq, changed its gear towards Africa. With the arrival of former BP CEO Tony Hayward to run the company, Genel Energy has embarked upon seeking new markets, with northern Africa being the first destination they directed for.

After purchasing a 60 percent share of Morocco's Sidi Moussa field for 50 million dollars, Genel Energy then turned their radar on to Tunisia. Genel Energy's most recent stop was Somaliland however. Somaliland has the same geological characteristics as the Arab Peninsula, which is the richest region in the world for global petrol.