A THY ad makes it past Gangnam 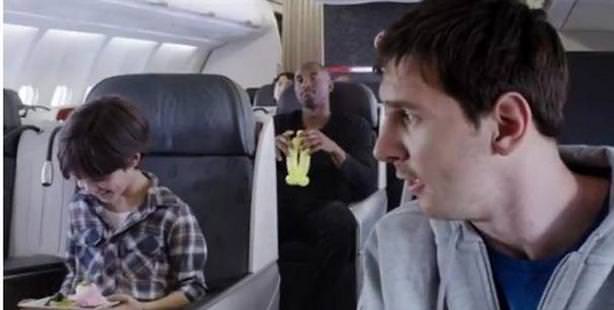 Turkish Airlines (THY) has become the sole rival in the virtual world to new phenomenon Gangnam Style.

In just two and a half weeks THY's new commercial 'Legends on Board' starring Messi and Kobe has equaled the rating record set by Gangnam Style who reached 100 million viewers in a month and a half.
Already a record-breaking airline, Turkish Airlines (THY), the airline to fly to the highest number of destinations with its newly totaled 200 fleet is now breaking records in the virtual world. THY has single-handedly put an end to Gangnam Style's virtual world domination.

Turkish Airlines, with flights to 204 destinations in 91 countries is the airline with the most number of destinations in the world. THY's is fast nearing the record set by the Gangnam Style phenomenon, of 100 million viewers with their new ad playing on YouTube.

In just two and a half weeks the video was viewed by 96,493 viewers on YouTube, which is nearing the record set by South Korean singer Park Jae-sang. Gangnam Style, which was released on July 15th, broke the 100 million viewer record in one and a half months. THY has now set its sights on the one billion viewer record set by Gangnam Style in five months.

IN PURSUIT OF ECONOMIC RECORDS

THY which has been selected as Europe's best airline and was the world's fastest growing brand last year, continues to break records on the economic platform. Filling 79 percent capacity in the first nine months of the year, Turkish Airlines, reached an all time high, increasing sales by a whopping 30 percent. Company profit increased by 655 percent. With 21 additional destinations added this year alone, THY now flies to one out of every two countries in the world.