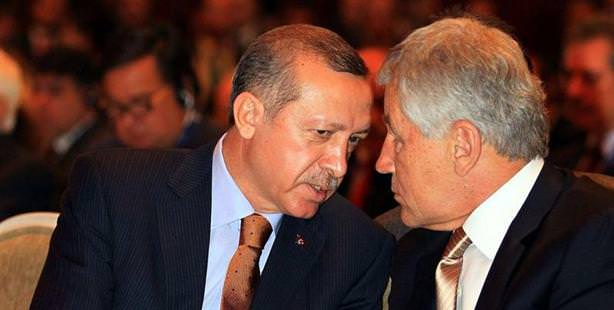 On January 21st, Barack Obama will begin his second term as U.S. President.

Compared to his first term, Obama is now more comfortable. At the very least, he no longer has reelection concerns. Therefore, he is now more assertive; the US economy will be fully assessed and undergo a recovery, wars will come to an end and new fronts will not be embarked on. The American "soft power" will be reinforced. Obama is shaping his new cabinet in accordance to these objectives by nominating John Kerry as U.S. Secretary of State and Chuck Hagel as Secretary of Defense.

In 2004, Kerry ran for U.S. President as the democratic candidate, yet lost to George Bush. The security concerns brought on by September 11th did not work to the "pacifist" Kerry's favor. The experienced politician is a realist, pragmatic and knowledgeable individual. He is determined to the full extent to use the language of diplomacy when it comes to foreign policy. As for the situation in Syria, Obama is expected to continue his approach of "Acting with the allies and increasing the potential of the Syrian opposition." Kerry is a figure who harbors close relations with the Israeli lobby. The experienced politician, who has Jewish roots, will easily overcome the approval process in the Senate due to this friendly rapport.

Kerry will continue to uphold Israel's security as a central issue in America's Middle East policy.

Kerry has visited Turkey numerous times and is knowledgeable on the nation to the extent that he does not need to confer with advisors when it comes to Ankara. It is for this very reason that he continuously stresses the importance of Turkey and its leaders (Erdoğan & Davutoğlu) as the Middle East undergoes transition. Kerry, who is also well-informed of Turkey's demands when it comes to the PKK, will be taking on a position that will ease Ankara during his term as Secretary of State. It is well-known that Kerry, who is slated to attempt to mediate between Turkey and Israel, has positioned this issue to be one of the most significant items he will handle throughout his career.

One of the most stressful issues to be placed on Kerry's table will be the 100th anniversary of the incidents that transpired in 1915. Kerry will be forced to make a choice between Turkey and the Armenian voters in the state of Massachusetts which have supported him for years. He is expected at the end point and with Obama's influence to say, "I am sorry, but America's interests take precedence."

Hagel to minimize the military

The cabinet's most highly debated figure Hagel is actually a Republican! However, just like Ron Paul, when it comes to foreign policy Hagel's views veer from those of traditional republicans. Hagel's defense is that American soldiers need to be withdrawn to the U.S. as soon as possible and the army should be scaled down.