The big bosses look in favor of taxing the rich 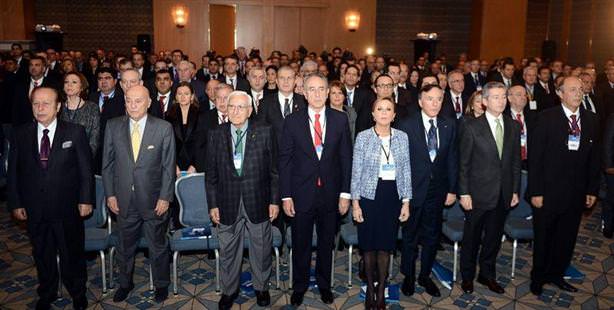 The ‘bosses club’ TÜSİAD (The Turkish Industrialists and Businessmen’s Association) selected a new president, a new board and a new agenda at their 43rd General Assembly held on Thursday.

The Turkish Industrialists and Businessmen's Association, or TÜSİAD, Turkey's most influential business association, elected Muharrem Yılmaz, the head of the Turkish dairy giant SÜTAŞ as their new president. Also elected to the new executive board were Memduh Boydak, the CEO of Boydak Holding and one of the leading figures representing Anatolian capital and Kadoğlu Şirketler Group Chairman Tarkan Kadoğlu.

In statements released to SABAH, following the appointment of new administrative board members, were signals of a number of new and potentially extraordinary measures. According to Memduh Boydak, the issue of applying additional taxes to the wealthy may be brought to the table. Even though the proposal has been long-debated in Turkey, TÜSİAD had previously announced it was not on the current agenda, however according to the newly appointed Boydak, this may change. Boydak also says that although up until now, TÜSİAD has mainly taken on Istanbul capital; from here on out Anatolian capital will also have a significant presence in the association. "In fact, in general, TÜSİAD accurately reflects Turkey's current profile. In more recent periods, firms that have grown in Anatolia have now begun to have a say in the association," stated Boydak.

Tarkan Kadoğlu says that it is the entry of firms like his that has been invigorating for Anatolian capital. "We will now be bringing issues pertaining to the Anatolian region more to the agenda," said Kadoğlu.

TÜSİAD's newly appointed President of the Administrative Board Muharrem Yılmaz says that taking on this position is not easy, and that he will have to make sacrifices both at work and with his family. Pointing out that TÜSİAD was first formed with the intentions of ensuring the role of private enterprises in the nation's development was well understood, Yılmaz stated:

"The world and Turkey in the 2010's is much different than the past. Turkey's economic and diplomatic performance over the past decade, coupled by global conditions, has made our nation one of the key players in the new international order. Our economy has grown and private enterprises are now nation-wide. Turkey's entrepreneurs have created new markets, where they have expanded. In other words, our areas of representation have increased," said Yılmaz.

SUPPORT FOR THE ONGOING PEACE PROCESS

Yılmaz also referred to the current political agenda by saying, "We hope that the efforts for the drafting of a new constitution will be completed. Our greatest expectation is to have a charter that will focus on individuals, will not constrict rights and liberties, will protect the balance of powers and will provide an independent and impartial judiciary," stated Yılmaz.

Pointing out that the public supports the exertion of all legitimate methods in order to achieve peace, Yılmaz said, "We support all efforts made for ending terrorism and solving the Kurdish issue."