Prime Minister Erdoğan called on to return to Davos 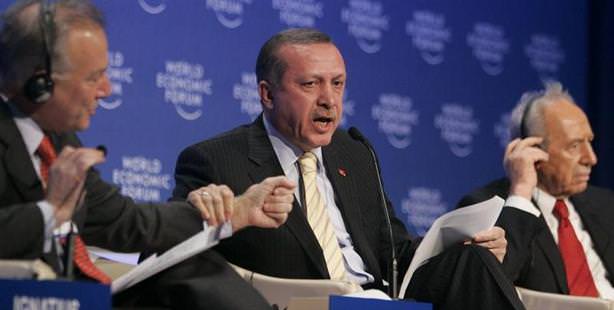 The World Economic Forum, held annually in the Swiss town of Davos, begins today. The forum’s Europe Director Bruncko states, "We hope to see Turkey’s Prime Minister in Davos as soon as possible.”

This year's World Economic Forum (WEF), held annually in the Swiss town of Davos, begins today and will continue until January 26th. Deputy Prime Minister Ali Babacan will be joined by a large delegation to represent Turkey at the annual forum, which is set to host nearly 50 nation leaders.

Ever since the notorious "One minute" crisis took place three years ago, Prime Minister Recep Tayyip Erdoğan has refrained from attending World Economic Forum meetings in Davos. Although this year is no different, Martin Bruncko, the Europe Director for the WEF has extended an invitation to Prime Minister Erdoğan by way of stating that they would like to see him return to Davos as soon as possible. "Turkey will be arriving to Davos with a strong delegation," stated Bruncko, adding, "We want to see the TurkishPrime Minister in Davos as soon as possible."

According to Bruncko, relations between the World Economic Forum and Turkey are "perfect." Reminding of how just last year the Middle East, North Africa and Eurasia Summit was held in Istanbul, Bruncko stated, "We believe that Prime Minister Erdoğan has been unable to attend due to his busy schedule, which is an entirely comprehendible situation."

TURKISH MODEL USED AS AN EXAMPLE

Announcing the main theme of the forum as being "resilient dynamism." Martin Bruncko emphasized that Turkey is a nation which offers an example of resilient dynamism. Bruncko repeatedly drew upon what he called the "Turkish Model" and stated, "You have achieved a high rate of growth despite the financial crisis in Europe. It is truly very difficult to achieve growth at this rate. These figures make the Turkish model that much more impressive. As a result, interest in Turkey is on the rise amongst foreign investors," said Bruncko.