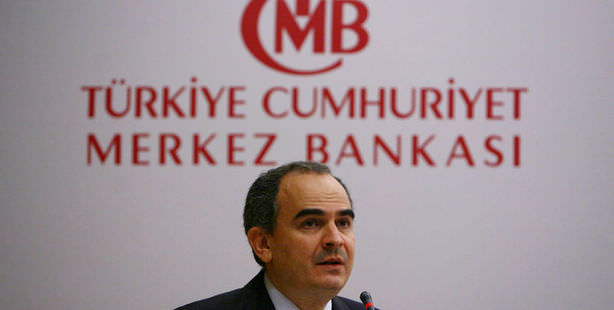 Turkey’s Central Bank is holding its fourth annual competition on academic studies, including essays and doctoral theses that focus on decisions taken by it.

Yücel Yazar, the press spokesman for the Turkish Central Bank, said the aim of the contest is to support researches and academic studies regarding the Turkish economy, central banking and monetary policies in general.

Some academics and columnists find the bank's unorthodox monetary policy very controversial, while most following a wait and see approach to see whether the measures work to cool the economy without plunging it into a recession. The policy focuses on cutting interest rates and raising bank's reserve requirement ratios to fight inflation while limiting credit growth and capital flows.

The bank's policies have also generated significant praise. The Banker, respected monthly English finance magazine, last month chose Turkish Central Bank Governor Erdem Başçı as the world's and Europe's central bank governor of the 2012. American Wall Street Journal, in a tongue in cheek comment, said the Turkish Central Bank could be in for a Nobel Prize for Economics, if its complex policy mix truly works.

The essay competition is open to both Turks and other nationalities. Papers need to be written in English or Turkish. PhD theses must be submitted at most three years prior to the announcement of the contest. The same rule applies for essays published in international peer-reviewed journals.

A jury set up by the bank will review the papers before choosing the winner, who will get a 15.000 lira award. Second placed paper will get 7.500 liras while the third will receive 5.000 liras. The jury will publish selected PhD theses, after getting authors' consent.

Speaking about the submission process Spokesman Yazar said, "There were several papers submitted by foreign nationals last year. In addition to the awards given to the first three, there will be five 1.500 lira prizes of academic support. In 2012, Nihan Akyelken, Çağacan Değer and Numan Ülkü received the top prizes. All submissions must be made before January 31, 2013 during banking hours."

Applicants must fill in an application form, attached to a CV and a photograph of themselves. All papers must be sent by courier or certified mail to "The Central Bank of the Republic of Turkey, Communications and Foreign Relations Department, Contest for Academic Studies, İstiklal Caddesi No:10. 06100 Ulus / Ankara / Turkey"

For further questions, applicants need to send an e-mail to: yarisma@tcmb.gov.tr