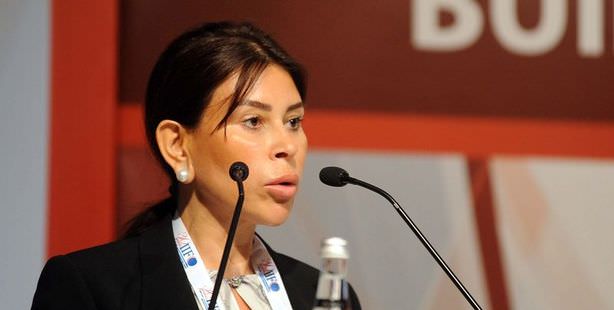 Turkish barons, which have successfully weathered the waves of the crisis and kept their boats afloat, are now being handed out invitations to join the advising councils of global mega-firms.

While the entire world continues to feel the ripples from the turbulence experienced in global markets due to the economic crisis, Turkey's most well-known bosses have now become the focus of attention for some of the world's largest companies. These global firms are extending out invitations to join their advisory boards to stand-out Turkish barons, for whom announcing positive growth and employment figures has now pretty much become regular practice.

What started with foreign firms approaching the owner of Eczacıbaşı Holding Group Bülent Eczacıbaşı and Koç Holding's Honorary Chairman Rahmi Koç has now gone on to include Ford Otosan Chairman of the Executive Board Ali Koç and Sabancı Group's Executive Board Chairman Güler Sabancı. From Siemens to Blackstone and from Citigroup to Bank of America, these mega-firms, which employ millions and oversee five trillion dollars worth of active funds, are now consulting with Turkey's bosses in order to determine their plans for the future.

Koç Holding Chairman of the Executive Board Mustafa Koç is a member of the advisory boards for JP Morgan, Monumental Capital, which was founded by Rothschild, automotive giant Rolls-Royce as well as the National Bank of Kuwait.

Akbank Executive Board Chairman Suzan Sabancı Dinçer is on the NBK Advisory Board. In addition, Citigroup, which has an active 1.8 trillion dollars and Blackstone, which manages 150 billion dollars, all consult with Dinçer when it comes to making critical decisions.

Koç Holding Honorary Chairman Rahmi Koç has been on the International Advising Council for the United States' Chase Manhattan Bank for years now. Now, Rahmi Koç is also relaying his experience and knowledge to the mega insurance firm Allianz, which has an active 625 billion euros.

Last week Siemens, which has a 78 billion euro revenue, invited Sabancı Holding Executive Board Chairman Güler Sabancı to join the advisory board. Siemens has 370,000 employees and an active 108.3 billion euros.

Ford Otosan Executive Board Chairman Ali Koç was invited to join Bank of America's (BofA) International Advisory Board. This makes Ali Koç one of 15 bosses on the board that will dictate BofA's 272,000 employees and 2.2 trillion active dollars.