Germany backs out of cooperation against PKK terrorism 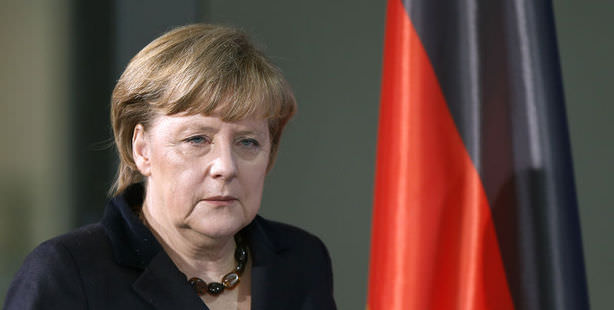 Germany, which had previously agreed to sign onto a collaboration with Turkey against the PKK, has suddenly backed out. After 15 years of diplomatic efforts, Germany, which is the European distribution center for billions of Euros that go to financing the PKK, had agreed to sign an agreement to collaborate against the PKK. Just a few days before the agreement was to be finalized, Germany announced they wouldn’t be signing on.

According to a report by Hüseyin Özay published in the national daily Star newspaper, after accepting to sign the cooperation agreement, Germany instead backed out at the last minute.

The article explains how after extensive lobbying efforts with Germany, Turkey was finally able to convince Germany to sign a collaboration agreement on illicit funds, which they have signed with a number of other nations, aimed to dry up the terrorist organization's financial resources.

Turkey's Financial Crimes Investigation Board (MASAK) and its German equivalent embarked on a six-month study after which they drafted the agreement text. It was decided that the agreement would be signed by both countries at the beginning of last week.

Just two to three days prior to the date the agreement was to be signed, Germany backed out, claiming a series of technical difficulties. The fact that Germany's back peddling transpired during this time when a peace initiative process is ongoing in Turkey has definitely drawn attention. Ankara now wants to know what is behind Germany's decision to put the agreement on hold.

Germany is known for being the country that acts as the greatest resource and source of members for the PKK. The organization is said to account for 20 million euros in tax revenue in Germany alone. The agreement would not only have dried up the finances of a terrorist organization which oversees 50-60 billion dollars, but it would have also have put a halt to a variety of ilicit funds.

WHY DID GERMANY GET COLD FEET?

Prime Minister Tayyip Erdoğan has repeatedly mentioned Germany's support for the PKK. Most recently, the prime minister announced that certain German foundations have been providing financial aid to BDP municipalities. Whether or not these German foundations played a role in Germany's withdrawal has become a question sought answered.