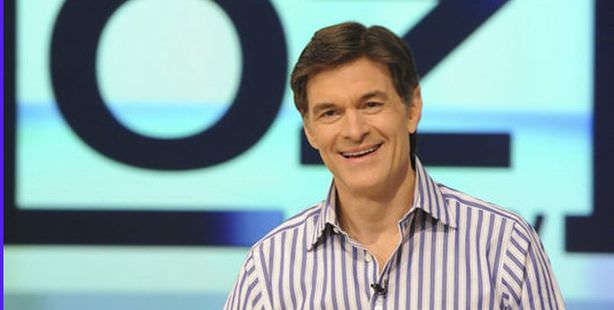 Despite garnering widespread support in the U.S. including that of First Lady Michelle Obama, Dr. Mehmet Oz is now being targeted by the obesity lobby. Lobbyists are using the media as an outlet to attempt to reign in Dr. Oz’s popularity.

It all started in 2004, when Dr. Oz appeared on a television show by America's popular culture icon Oprah Winfrey. Introduced by Oprah as "America's doctor," the Turkish cardiothoracic surgeon Mehmet Oz quickly rose to fame and became a media star himself soon after. With his show "The Dr. Oz Show," Dr. Oz began breaking records in America's television world. Thus far, he has won two Emmy awards, which are America's most prestigious television awards.

In 2012, Oz reached a peak in popularity and everything seemed to be going in his favor, however that all began to change in 2013. Over the past few months, Dr. Oz, who has garnered the support of Michelle Obama, began mentioning that the greatest national threat in the United States is obesity. And he isn't wrong. According to 2011 figures, there are 150 million obese people living in the United States. Dr. Oz's speaking out resulted in creating unease felt by the 350 billion dollar fast food and soda beverage sector. Once the "obesity lobby" called for a systematic and organized fight against Dr. Oz, the war began. The New Yorker proceeded to release a ten-page article which directly targeted Dr. Oz, accusing him of misleading the public. The New Yorker was followed by a series of other publication organs which attempted to defame Oz.

WHO IS BEHIND THE SLANDER?

It is not extremely difficult to come up with a list of suspects that could be responsible for staging this campaign against Dr. Mehmet Oz, who has fast become one of the most popular figures in the U.S. in recent years. The prime suspects would of course be the "fast food" lobby and the soft drinks lobby. These lobbies are extremely concerned that Oz's popularity may reach such a scope that he could strike a blow to America's culture of consumption. It is not a mere coincidence that once Oz began aggressively tackling the issues, news articles began to surface claiming he was "deceiving the public."

There are others beyond the "fast foodists" that are uncomfortable with Dr. Oz's unprecedented success. That is because Dr. Oz has now practically become a media brand. From his office in the Rockefeller building, Mehmet Oz prepares "The Dr. Oz Show" which is filmed with a crew of 200, he accesses millions from his internet websites and also produces mobile device applications. Oz has also announced plans to publish a magazine soon, which is yet just another step by the popular doctor that will alter the established order in this shrinking sector. Those in the magazine business are concerned they may have to share their sparse revenue with a newcomer. However, without connecting Oz to a greater scandal, it may be difficult to bring him down from the pedestal he now sits upon. That is because he has people like Oprah Winfrey, Michelle Obama and Michael Bloomberg standing beside him. If Öz comes out of this fight any stronger, he may end up going from the television world straight to that of politics.