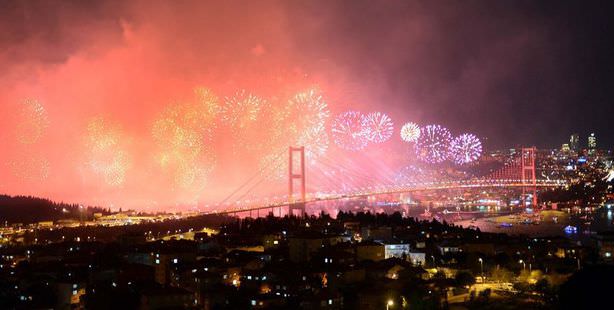 Istanbul has made the top five list of best European cities for real estate investment. According to a PwC and ULI report, Turkey’s strong economic performance and thriving young population has placed the city in fourth spot of a list of 27 European cities.

According to the Emerging Trends in Real Estate Europe 2013 report prepared in conjunction by PwC and Urban Land Institute (ULI), Istanbul is fourth in a list of 27 European cities that stand out for drawing in real estate investments. Munich was selected the top city for European real estate followed by Berlin and London. Istanbul was followed by Hamburg in fifth.

PwC Turkey Real Estate Sector Leader Ersun Bayraktaroğlu said that investors continue to seek out safe heavens and select the most productive and profitable investment areas. "Those who enter the market want to make sure they also see the possibilities of an easy exit," stated Bayraktaroğlu.

The report says that the main reason Istanbul remains popular with interviewees is its exciting economic and demographic real estate potential. "With half of its 75 million people under the age of 29, Turkey's demography is hard to ignore, and its economic growth rivals China's," writes the report.

The report also mentions the government's invitation to international capital and plans to turn the city into a regional financial center and the recent changes which have eased restrictions of foreign ownership as influential factors.

ISTANBUL WILL BE POPULAR IN 2013

The report notes that Istanbul is becoming a regional center for a number of major global companies. A number of international firms and well as leading institutions in the banking and insurance sector are drawn by Istanbul's proximity to cities in Russia and the Middle East and according to the report are setting up administrative bases in the city. "Strong demand for prime retail space keeps the city centre thriving," writes the report which emphasizes that Istanbul will continue to maintain its strong popularity in 2013.