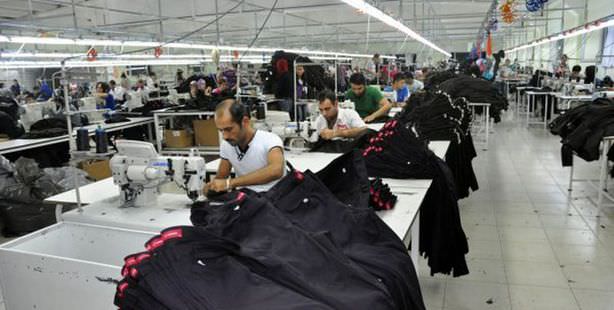 Turkey’s Labor Ministry has completed all necessary preparations to provide official employment opportunities for Syria refugees. As of March, Turkish firms will be able to hire Syrian refugees to fill positions that have been left open. Forty thousand Syrian refugees are planned to be employed in the initial stage of the regulation’s release.

A proposal put forth by the Turkish business world to allow firms in Turkey to offer employment opportunities to the over 200,000 Syrian refugees currently seeking shelter in Turkey has been responded to affirmatively.

SABAH was the first to bring the issue to the agenda and now the Ministry of Labor and Social Security will soon be finalizing preparations for the proposal to be realized. According to the readjustment, as of March, Syrian nationals residing in Turkey will be granted work permits should they apply. This change in regulations is expected to result in the employment of 40,000 Syrian refugees throughout Turkey, including 5,000 from Kahramanmaraş and 10,000 in Gaziantep alone. Business world organizations and industry chambers are pleased with the new ruling. Businessmen are saying that this new procedure will provide a significant solution to their ongoing problem of hiring unskilled workers and intermediate staff.

A majority of the Syrian refugees seeking shelter in Turkey were employed illegally primarily in the Southeastern Anatolian Region as well as throughout the country. Textile factories, construction sites and agricultural fields provided the most opportunities for work; however companies that were caught illegally employing refugees were being levied with high fines. There are over 80 companies in Osmaniye, Gaziantep and Kilis that have faced legal processing. When Syrian nationals were discovered amongst the victims of an explosion of a factory in Gaziantep, the enforcement of regulations was intensified.

DOCTORS ARE TURNING INTO ILLEGAL PORTERS

Cuma Çekici, the Chairman of the Gaziantep's Industrialists and Businessmen's Association says, "It is a sad situation. However, this new ruling will paint a better picture. Unfortunately, doctors and teachers from Syria are applying for any jobs they can get. There are even some that are learning how to be porters. Our main objective is to ensure them work that is both legal and in better conditions."

WE WILL HIRE THEM IMMEDIATELY

Ege Maden Exporters Union Chairman Erdinç Aslan, said they are pleased by the Labor Ministry's decision and plan to take action as soon as it is implemented. "We have a serious deficit of workers. The mining sector could hire thousands of people. This decision will make both us and Syrians stronger for it" said Aslan.

Industrialists in Kahramanmaraş, Gaziantep and Hatay have applied for nearly 40,000 workers residing in the districts refugee camps in order to fulfill their need for unskilled labor.