Volkswagen to invest in Turkey 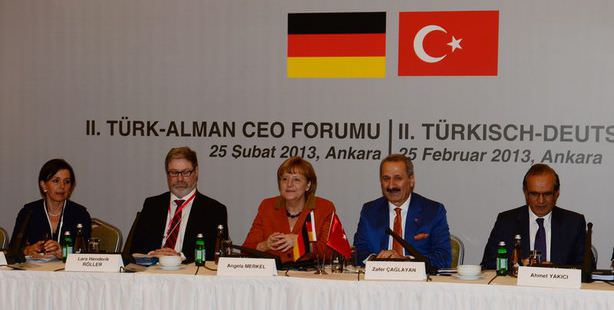 German automotive giant Volkswagen has responded affirmatively to an invitation to invest in Turkey.

This new development of Volkswagen coming to Turkey made its mark on the second Turkish-German CEO Forum, which was attended by German Chancellor Angela Merkel and Economy Minister Zafer Çağlayan on Monday.

Volkswagen has given the green light to Turkey's invitation to invest, a move which Merkel has openly supported. The CEO for Doğuş Group was the one to initiate the invitation for Volkswagen to invest. With Volkswagen giving off positive signals to the proposal, it is being speculated a meeting may surface in the days to come.

CEO's from a number of Germany's mega companies, including Siemens, Alba Grup, Deutsche Bank and Eon participated in the forum. The Turkish government's targets for 2023 was the focus of the meeting which drew in intense interest from German firms, especially those operating in energy and transportation, to be included in the projects Turkey will be taking on in the next ten years. The German CEO's also had a keen interest in the third airport project planned for Istanbul.