A double standard scandal in the EU 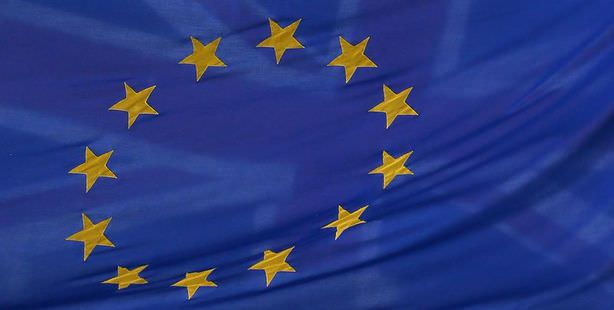 The EU has tried to use standards as a hurdle for Turkish firms, which in terms of both technology and price dominate the European market.

The commission gave a heads up of a series of standard changes to firms in the Czech Republic, Poland and Romania, leaving the Turks out of the ranks. Firms are now filing complaints with the WTO.
The European Union (EU) is currently involved in a 'standard scandal' when it comes to their trade endeavors. There have been a number of changes made to many of the EU's quality and standard requirements in certification such as the CE marking. However, according to the allegations, certain firms and even certain nations were leaked the details of the amendments prior to their release.

One of Turkey's biggest electronics manufacturers has submitted documents to the World Trade Organization (WTO) that show that firms from countries such as Poland, Romania and the Czech Republic were subject to favoritism. Firms from these countries gained an advantage over their Turkish competitors by having the opportunity to design their own production infrastructure in accordance to the new standards to be inducted.

The aforementioned firm claims that for this very reason they were forced to back out of a real estate project in London. According to the documents submitted to the WTO by the firm, the companies that were informed of the changes that were to be implemented managed to completely wipe out their rivals.

Istanbul Mineral and Metals Exporters' Association (İMMİB) Building Materials Committee Chairman Serdar Urfalılar said that these sorts of incidents have taken place often recently. Urfalılar said that Turkish firms, which stand out in terms of technology, are being subject to EU standard "torture". This is the only leverage the EU has left, because technically we have a hold on the competition. They already can't compete in price. They have been playing this game with environmental certification for years now. In addition, now they are creating unfair competition. They are including a variety of articles in their technical specifications geared towards eliminating Turkish firms," said Urfalılar.

According to Serdar Urfalılar, there is a system of financial gain that lies beneath the EU's practice of requiring this extent of certifications and changing them regularly. "One firm spent 400,000 dollars for certification. They request dozens of documents from Turkish firms for even the smallest of procedures," stated Urfalılar.

IT IS IMPORTANT THE ISSUE IS TAKEN TO THE WTO

Uludağ Textile Importers Union Chairman İbrahim Burkay stated that they are experiencing a similar situation in their own sector and that in addition to the difficulties posed by the Schengen visa, Turkish firms are also being subjected to obstacles in trade. Emphasizing how important it is that the issue is being addressed by the WTO, Burkay said, "There is an obvious environment of unfair competition. We are also looking into the complaints." Meanwhile, the Hannover Commercial Court in Germany has currently opened two cases on similar complaints issued by firms.