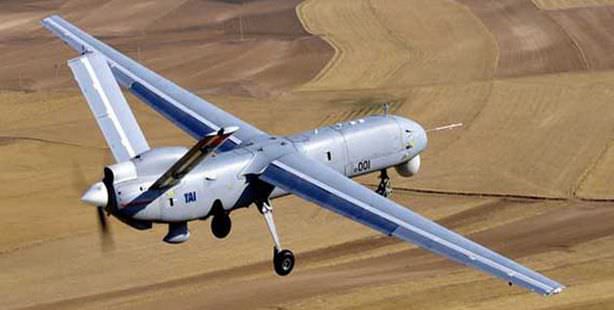 The countdown has begun for Turkey’s first unmanned aircraft the ANKA to go into serial production. The aircraft, which sells for half the price of a heron, has already received ten orders from Egypt.

Turkey's first-ever nationally manufactured unmanned aerial vehicle, the ANKA, will soon be going into serial production. The ANKA stands to beat out its rivals in both cost advantage and quality. The aircraft, priced at half the 18 million dollar price of the Israeli-made Heron, is expected to see high foreign demand.
Egypt has been the first nation to place an order for the ANKA, what is easily one of Turkey's most significant defense projects to date. Egypt will initially be ordering ten of Turkey's new and superior unmanned aerial vehicle.

According to Defense Industry Undersecretary Murad Bayar, they will be signing a contract with the Turkish Aerospace Industry (TAI-TUSAŞ) within the next two months for the serial production of the domestic-make aircraft. Bayar also noted that they are considering further advancing certain features of the aircraft.

Bayar also reminded that the final tests on the project were completed just last month. Bayar explains that the tests included night landing and departures as well as keeping the ANKA on an 18-hour flight, which the aircraft successfully passed. Emphasizing that all design and development phases of the project are now complete, Bayar says that the next stage will be serial production. Bayar pointed out that contract deliberations with TAI are still ongoing and said, "Once we have signed the contract, the ANKA will become a serial production aircraft. We are considering further developing certain features however as of today it is an advanced and successful unmanned aerial vehicle."

TURKEY AMONGST TOP THREE IN THE WORLD

With the ANKA, Turkey has become the third country in the world to produce its own unmanned aerial vehicle. Other than Turkey, the only other nations that have this capacity thus far are the United States and Israel. The ANKA, which stands at 1.7 meters in height, nine in width and 17 meters in wingspan, is capable of conducting day and night reconnaissance flights, observations and target determination.

SUPERIOR TO THE HERON

The ANKA which has undergone all necessary flight tests carries a number of advanced features that are nonexistent in Israel's herons. While herons are only able to fly at 30,000 feet elevation carrying 185 kilograms of useful load, the ANKA will have the capability of transporting 200 kilograms at the same elevation. The aircraft also includes a latest technology ground system. Its Ground Control System includes a six-wheel truck platform that will allow the ANKA to be mobile and hence easily transportable.