Turkey to join trade cooperation between USA and EU 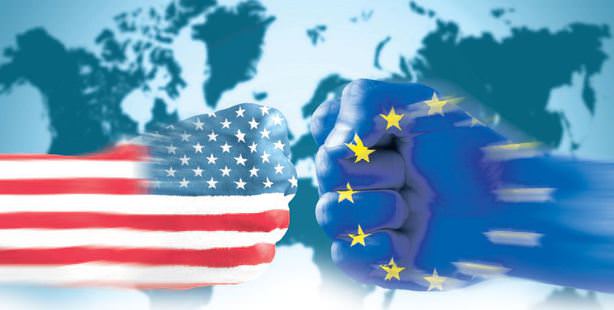 Turkey is set to equally benefit from the transatlantic free trade agreement soon to be negotiated between the EU and the USA.

Prior to the start of negotiations on the Transatlantic Trade and Investment Partnership (TTIP) between the United States and the EU, which will go into effect in June, Turkey has received assurance the nation will be able to equally benefit from the rights granted by the cooperation deal.

Turkey, who shares a Customs Union agreement with the EU, has been conducting fruitful diplomatic efforts to ensure there is no disruption in trade with the United States, Turkey's biggest trade partner. During a recent trip to Turkey, U.S. Secretary of State John Kerry vowed to include Turkey in the Transatlantic Trade and Investment Partnership, to further enrich bilateral relations and to open up to third world countries together.

Kerry expressed that the TransAtlantic Economic Cooperation will not transpire without Turkey and stated, "Turkey needs to have a strong position in this formation."

Within the framework of the trade agreement between the two continents, light will be shed on the Turkey-USA Free Trade Agreement.

The agriculture sector will take on a key position in the negotiations process.

In addition to overcoming traditional trade obstacles such as tariffs and quotas, the objective will also include diminishing and eventually eliminating nontariff trade barriers. Technical obstacles are reflected on sectors costs by up to10-20 percent.

The TTIP agreement is anticipated to contribute to the EU's GDP by 0.5 percent and the U.S.'s GDP by 0.4 percent by the year 2027.

According to figures from the European Commission, when annual trade between the U.S. and EU reaches 3.8 trillion euros, and thereby creating 15 million jobs, the trade cooperation agreement will have contributed 325 billion euros to global revenue. According to this tableau, the TTIP will contribute greatly to improving the global economy.