Istanbul: the city of the prosperous 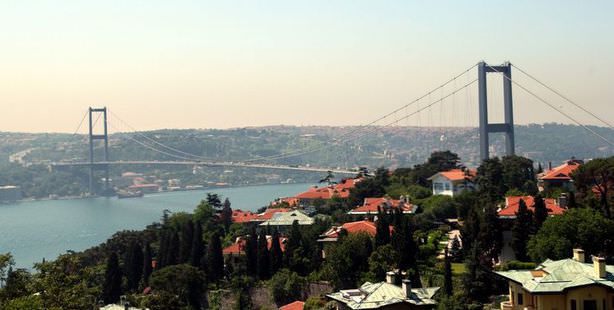 According to the Hurun Global Rich List, which is released annually in China and classifies cities based on having the wealthiest inhabitants, Istanbul is the world’s sixth wealthiest city. With 26 dollar billionaires residing in the metropolis, Istanbul has left Paris and Shanghai in its wake.

The Hurun Global Rich List reveals the world's wealthiest cities based on the number of US dollar billionaire residents and is released annually in China. While the United States tops the list of dollar billionaires, with a total 408 residing nationwide, it is Moscow that takes the top spot amongst cities to host the highest number of billionaires with 76 billionaires residing in the Russian capital.

Perhaps one of the most interesting findings in the report is the inclusion of Istanbul in sixth place amongst wealthiest cities in the world. With 26 billionaires residing in the city, Istanbul beat out Paris which hosts 23 billionaires. Also rounding out the top ten following Istanbul was Mumbai and Shanghai with 24 billionaires each and Shenzen with 22. Other prominent cities such as San Francisco and Tokyo also brought up the rear with 18 and 14 billionaires each respectively.

In a listing of nations to have the highest number of US dollar billionaire residents, Turkey came in 11th with 31 billionaires. America tops the list with a whopping 408 billionaires, followed by China with 317 and Russia with 88 billionaires.