Turkey is now a shaping nation 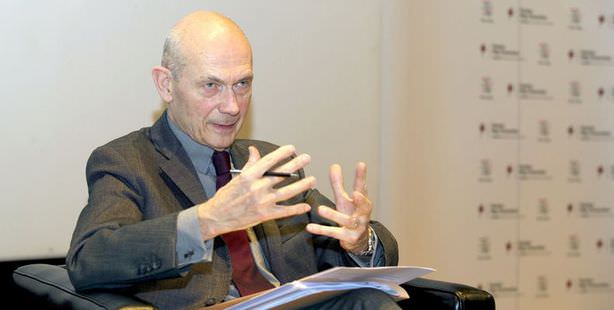 Istanbul Bilgi University hosted World Trade Organization Director-General Pascal Lamy for a conference during which he stated that Turkey is now playing a shaping role in the international platform.

World Trade Organization Director-General Pascal Lamy delivered a talk on the overall outlook of global trade at Istanbul Bilgi University on Thursday during which he underlined that Turkey and other developing nations have more influence in international platforms now than compared to the past. "Turkey and other developing nations now have more influence and play a more shaping role in international platforms," stated Lamy adding that nations whose economies are on the rise, such as Turkey are now influential in changing the dynamics of trade. Lamy emphasized that these nations are no longer "implementers" but are now "shapers and creators".

Lamy also remarked on the 20th century domination by the United States, the EU and Japan and said they will no longer be as influential in the multi-polar world of the 21st century.

Istanbul Bilgi University is one of the 25 academic institutions with academic and technical expertise on World Trade Organization issues situated in important target nations that the WTO collaborates with in an effort to increase trade capacity Lamy also underlined.