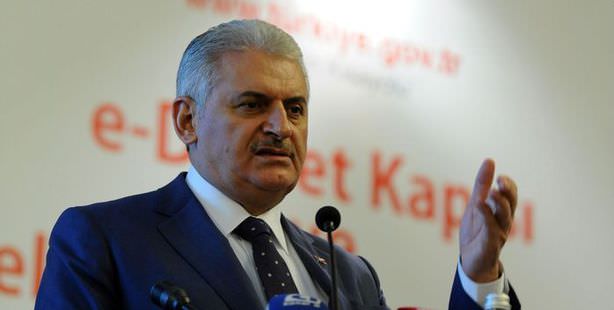 Minister of Transportation and Communication Binali Yıldırım announced on Friday that The Internet Corporation for Assigned Names and Numbers (ICANN), a non-profit corporation which oversees the Internet address system, has decided to alter their U.S.-based structure by building a second headquarters in Istanbul, which he says will turn Turkey into one of the most important hubs in the internet world.

Minister Yıldırım recently announced that parallel to the acceleration of the globalization of the internet, one of the most important dynamics to mark this era, ICANN has decided to divide their global administration into three main headquarters. Yıldırım went on to state that it is within this framework that the corporation has decided to divide operations amongst three headquarters in Turkey, Singapore and California, a move he says will ensure the true globalization of the internet.

Minister Yıldırım explained that all of ICANN's operational activities in Africa, the Middle East and Europe will now be conducted from their Istanbul center. "As a result, all information will be stored in Turkey and traffic will continue from here to surrounding nations. Singapore will be the base for Asia, Los Angeles will be the base for North America and Turkey will be the hub for all operational activities in Europe, the Middle East and Africa," said Yıldırım.

''Our work has been fruitful''

Expressing that as a government; they are devoted to increasing Turkey's global competitive strength within the framework of technological developments and have made the transformation to an information society one of their priority policies, Minister Yıldırım stated: ''We are conducting important efforts to ensure the widespread use of the internet in all areas in Turkey and our work has been fruitful. Istanbul is about to become an Internet Management Center, making it one of the most important hubs, like the United Nations of the internet world," said Yıldırım.
''Turkey will be a regional cyber power''

Communication Minister Yıldırım underlined that in addition to ICANN's work in coordinating the address and name system in the internet, they also have a significant place in the development and evolution of the internet.

''In one sense, ICANN'S establishing of a second headquarters in Istanbul means our nation will become a regional cyber power. This situation will create a new area of employment and competence for our young, dynamic and educated work force," stated Yıldırım who went on to emphasize the great importance the hub to be formed in Istanbul will have from a global internet strategy perspective in the future.

"The bottom line is that this is an indicator of the trust by authorities in internet governance in Turkey's internet policies. In addition, the fact that ICANN will have one of its headquarters in Istanbul will be both an example as well as an incentive for a number of international establishments and firms to set up their regional operational centers and data warehouses in our nation," said Yıldırım.

ICANN, the Internet Corporation for Assigned Names and Numbers, is a non-profit corporation which was created to oversee a number of Internet-related tasks previously performed by the U.S. government.

ICANN is responsible for the coordination of the global Internet's systems of unique identifiers and of securing its stable and secure operation. This includes coordinating Internet Protocol address spaces (IP) and the assignment of address blocks to regional Internet registries as well as managing top-level domain name space (DNS), which includes the operation of root name servers.

ICANN's work has been described as helping to preserve the operational consistency of the internet, to promote competition and to secure a broader participation of the global internet community and to develop policies appropriate to its mission.