Foreign funds are now setting their sights on Turkish designers 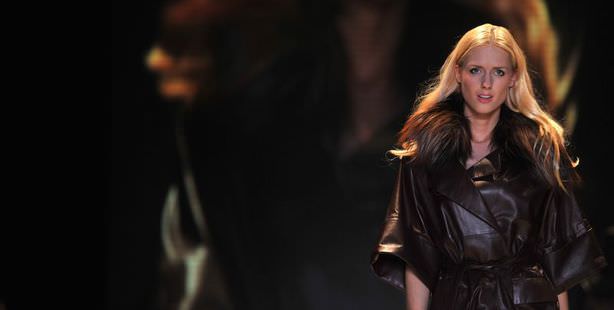 This year’s Istanbul Fashion Week has entered the radar of foreign funds. In addition to the international fund managers which came out to watch Turkey’s designer’s shows, Arab purchasing groups also exhibited a peaked interest in the prestigious fashion organization.

Held at Antrepo 3 in Karaköy, Istanbul Fashion Week (IFW), one of the most important events in the garment and fashion industry, came to a close yesterday.

INTERNATIONAL FUNDS WERE IN ATTENDANCE AT RUNWAY SHOWS

This year's fashion week in Istanbul not only drew interest from various international purchasing groups, but also saw attendance from fund managers in the Gulf Region says IFW Advisory Board President Volkan Atik. "Thirty of our designers put on successful runway shows and now fund managers have begun to pursue them," stated Atik.

IFW Advisory Board Member Sinan Öncel says that Turkish ready wear brands and designers have entered the Champions League. According to Öncel, who adds that one-on-one meetings were held with both Italian and Arab purchasing groups, the inclusion of IMG in the organization of this year's fashion week, has given the event a new international dimension.

Pointing out that the New York, Berlin, Australia and Miami fashion weeks are all held by IMG, Atik stated, "This establishment, which is our strategic partner, has access to two million people all over the world through social media. Our designers will soon be showing in fashion weeks held in other nations."