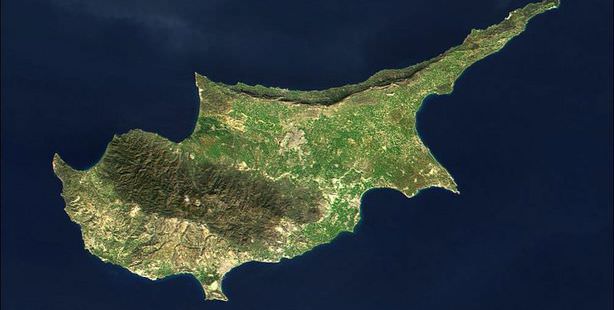 Turkish Republic of Northern Cyprus Finance Minister Ersin Tatar remarked on the Euro Group rescue package for Southern Cyprus by stating, “If the measures package is not accepted by the Greek Cypriot Parliament, then the economy will literally collapse, southern Cyprus will be on the brink of disaster and the public will attack the banks.”

Speaking to reporters prior to the Tuesday vote in the Greek Cypriot parliament in which lawmakers rejected the conditions for a 10 billion euro European Union bailout, Turkish Republic of Northern Cyprus (TRNC) Finance Minister Ersin Tatar, stated that the first move by the new Greek Cypriot leader President Nikos Anastasiadis was to approve the high tax levies on the EU's deposit accounts in Greek banks.

Tatar said that as long as the Greek Cypriot parliament refuses to accept the bailout plan, Southern Cyprus will literally collapse, it will be on the brink of disaster and the public will attack the banks, reminding that despite all of the debate surrounding the issue the package had yet to be accepted.

"THIS COULD GO ALL THE WAY TO ANASTASIADIS' RESIGNATION"

Expressing that the Euro Group's decision is not sufficient on its own, TRNC Finance Minister Tatar stated, "In order for the decision to be implemented, there needs to be legislation. This law has yet to be passed by the parliament. As for which parties will say 'yes' and which parties will say 'no', it is still unclear. If this legislation is not passed, this could go all the way to Anastasiadis' resignation."
Noting that Greek Cyprus' Gross Domestic Product is 17 billion euros, Tatar points out that the Euro Group bailout package at six billion Euros, is nearly equivalent to one-third of the whole of Southern Cyprus' GDP.

"IF YOU CONTINUE ON YOUR PATH OF CONCEIT, THIS IS WHAT HAPPENS"

''This decision by the EU also includes measures regarding Russian funds in Southern Cypriot banks," said Tatar. "The EU is not partial to the Russian perception of Greek Cyprus as a tax heaven. There is no such situation included in EU rules. These measures will include an increase in stoppage on interest from ten to 20 percent. In addition, the package also stipulated increased corporate taxes from ten to 12.5 percent. Greek Cyprus will no longer be a tax haven nor a money laundering paradise. That is because everything within the EU is based on the principles of honesty, transparency, clarity and equality. They have certain rules within their union. The EU cannot accept the use of funds brought in for laundering from a country not in the union to be used as unfair competition." Mentioning that the economic situation in Greece is far worse than in Southern Cyprus, Tatar says, "If you don't take certain measures in time and just continue on your path of "conceit" then this is what will happen. Everyone has a lesson to learn from this," stated Tatar.

UNLIKE GREEK CYPRUS, NORTHERN CYPRUS IS SECURE AND STABLE

Contrary to the economic developments in Greek Cyprus, the TRNC has taken precautionary measures stated Finance Minister Tatar, explaining that the TRNC has also engaged in a number of significant projects in tourism, education and agriculture as part of their economic cooperation protocol with Turkey. Tatar emphasized that there is an environment of security and stability in the TRNC, contrary to the situation in Greek Cyprus and said, "In recent years there have been a number of improvements in the real economy, banking sector and the financial arena in Northern Cyprus."

Tatar also mentioned that due to the economic crisis in Southern Cyprus, foreigners may choose to come to Northern Cyprus to invest, and stated, "This situation would lead to those with bank accounts in Southern Cyprus transferring their funds to accounts in the TRNC. I truly believe that with the various efforts we have made with the Republic of Turkey, TRNC will be more stable, reliable and will reach a better point. The negative picture in Southern Cyprus could have negative effects on us. With Turkey becoming a stronger force in the region, it has also increased TRNC's competitive edge on the island. This could be the reason international institutions may choose the more secure Northern Cyprus. TRNC will begin to stand out further in this geography," said Tatar.