Economy Minister Çağlayan: We could exit the Customs Union 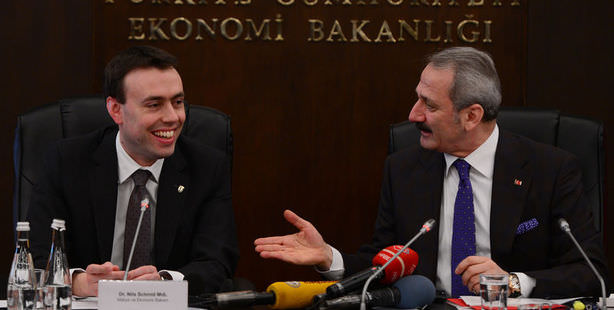 Minister of Economy Zafer Çağlayan recently stated that the Customs Union agreement with the EU has subjected Turkey to an environment of grave unfair competition since its signing in 1995.

Economy Minister Çağlayan mentioned the difficulties faced by Turkey due to the Customs Union agreement with the EU, citing the difficulties arising from visa requirements, the quotas placed on the free movement of Turkish projects and the fact that Turkey is unable to sign Free Trade Agreements with countries which already have such agreements with the EU. Stating that all of these factors create unfair competition for Turkey, Çağlayan said that if the situation persists in this manner they may have to revisit the issue.

"It is unfair to implement visa requirements for Turkish businessmen. Even nations such as Canada, Brazil and Japan, which are not even contenders for EU membership, are granted visa-free entry. This is a double standard," stated Çağlayan.