Scientists are migrating to Turkey 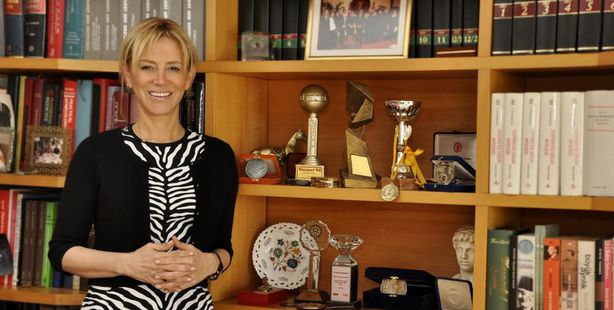 Turkey’s great economic success has resulted in a reversal of ‘brain drain’. The World Academy of Arts and Sciences’ sole Turkish member Prof. Dr. Kavak says, "Turkish doctors that want to return home are now getting in touch with me.”

Turkey's many successes in politics and the economy coupled by the nation's development over the past decade has resulted in reversing the 'brain drain' which saw the exodus of Turkey's highly skilled and educated to other parts of the world. Now, Turkish scientists employed in the United States and in Europe as well as throughout the world, are making a move to return home.

Prof. Dr. Zehra Neşe Kavak, the first Turk to be selected for the governing board of the World Academy of Arts and Sciences, which was founded by famous physicist Albert Einstein, recently stated that a number of doctors, especially many who have received the title through academia, have contacted her with intentions of returning to Turkey.

Kavak says that over 40 Turkish expert scientists, primarily in the U.S., have expressed intentions to conduct their work in Turkey. "The progress in Turkey over the past decade has changed the world's perception of us. We are now being specially invited to meetings. This is directly related to Turkey's enrichment and democratization. We are able to see this well from abroad," said Kavak. Prof. Kavak also remarked that in addition to Turkish scientists, foreigners are also expressing an interesting in coming to Turkey. Kavak says, "Even medical students abroad who wanted me to autograph my book for them were asking me about the conditions in Turkey."

Prof. Dr. Zehra Neşe Kavak also mentioned that the steps Turkey has made in the health industry have now become a source of envy and said that the point reached in Turkey's medical industry is widely discussed. Remarking on the case of a British doctor suffering from cancer who was given a date for surgery at his own hospital four months later, Kavak said, "Not only are there big lines in hospitals in Europe, but treatment is also extremely expensive. The cost for treatment in Turkey is ten percent that of in Europe. In addition, our services are extremely high quality. Turkey is therefore becoming one of the world's most important medical centers," stated Kavak.