Women having an increasing presence in Turkey’s industry 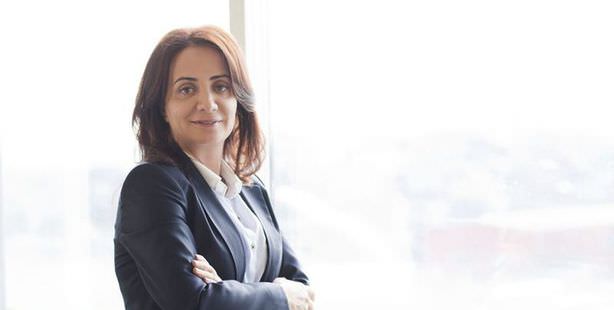 Lande, the manufacturers of IT cabinets, have single-handedly proven that Turkey’s heavy industry does not have to be monopolized by men. With women constituting 30 percent of the firm’s employment, Lande continues to increase productivity and is aiming to reach 20 million dollars in turnover.

Lande Rack Kabinet, which began operating in Eskişehir's Organized Industrial Zone with a ten million dollar investment, has initiated a new model of employment never-before-seen in Turkey's heavy industry sector. As a result, the firm, which operates with 30 percent of their staff as females, has successfully gone a step ahead of its rivals with increased production and productivity.

Lande A.Ş. General Manager Reyhan Ekşi points out that the employment rate of women in the heavy and metal industry is extremely low; however says that for them it has resulted in increasing productivity. Ekşi emphasized the fact due to the current use of machinery as a result of the advancement of technology, brute force is no longer necessary and stated, "We have 30 blue collar female personnel working our factory. We have seen many advantages to this. First of all, women have a very high work discipline. As a result, we have caught on to a wonderful working performance." Ekşi added that their factory produces one cabinet every minute and said that they are hoping to make 20 million dollars in turnover this year.

Lande Rack Kabinet has the capacity to produce over 2.5 times the demand for their product in Turkey. "In three shifts daily, we are able to produce 300 cabinets a day. We produce 242 days of the year in our factory. In other words, we manufacture 314,000 cabinets a year," said Ekşi who went on to explain that they are not only present in the Turkish market but also have successful representation in Europe, Ekşi says that they are also contending in the leagues of leading European nations. "After achieving successful sales figures in Turkey, we decided to open up to Europe. We now export to Romania, Bulgaria, Hungary, Macedonia, Germany, Italy, Portugal, Holland, Sweden, Estonia, Russia, Greece, Azerbaijan, Georgia and Morocco. We are successfully representing Turkey in these nations' cabinet sectors," stated Ekşi.

Reyhan Ekşi explained that due to their direct involvement with the IT and informatics sector they have to pay close attention to developing trends and said, "Establishments tend to do their purchasing at the end of the year. Therefore, January and February are stagnant months. Sales begin to increase in the second quarter of the year. We try to benefit from our stagnant period by placing emphasis at that time on research and development. We implement improvements based on market and customer expectations."

Lande builds cabinets geared for the informatics and telecommunications sectors. These cabinets, which are tasked with protecting the storage of millions of dollars of fortune and information, are designed to withstand all forms of natural disasters. These cabinets can even be set up outside and are completely rain, snow and fire resistant.