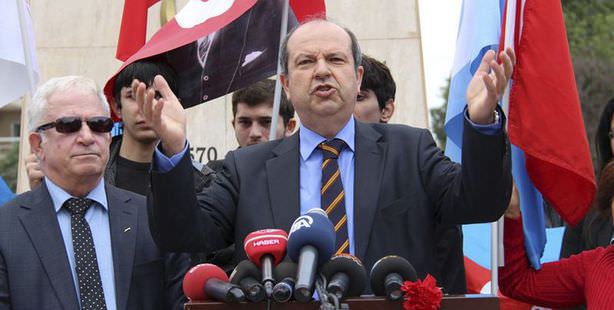 Turkish Republic of Northern Cyprus Finance Minister Ersin Tatar commented on the possibility of Greek Cyprus selling off gold reserves, by asking, “Greeks, whose property are you selling?”

An assessment of Cypriot financing needs prepared by the European Commission showed on April 10 that the troubled island would need to sell excess gold reserves to raise around 400 million euros to help finance part of its bailout. Commenting on the Greek Cyprus Administration selling off the 14 ton of gold reserves that were purchased for the Cyprus Central Bank in 1960, Turkish Republic of Northern Cyprus (TRNC) Finance Minister Ersin Tatar asked, "Greeks, whose property are you selling?"

In a statement released to reporters, Tatar reminded that that the Republic of Cyprus was founded based on the partnership of the 70 percent Greek population and the 30 percent Turkish population on the island.